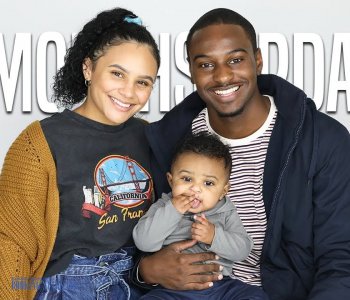 Kaelin Edwards - YouTube vlogger who shares real life content in addition to an occasional challenge or prank video on the channel Kaelin and Kyrah, which he shares with his high school sweetheart Kyrah Edwards. Their channel has earned more than 1.8 million subscribers.

He began dating Kyrah when they were 13 years old and in the 7th grade, but Kyrah broke up with him after 3 months. They would rekindle their romance in high school.

He created his own YouTube channel, called KaelinKEdwards, as a story and advice channel, with videos such as "How I Saved $300,000," "Relationship Goals," and "Young Marriage."
He is the brother of Kevin Edwards Jr. He and Kyrah got engaged in 2016 and married in April of 2017. They welcomed their first child, a son named Karter, together in May 2018. In December 2019, they welcomed their second child, a son named Kaiser.

He is an uncle to Jaden Edwards.

Kyrah Edwards  - One half of the YouTube vlogging channel Kaelin and Kyrah alongside her high school sweetheart, Kaelin Edwards. They have earned more than 1.8 million subscribers by creating challenges, pranks, and other vlogs.

She and Kaelin met when they both were thirteen.

One of Kyrah and Kaelin's most popular YouTube videos is "CRAZY GIRLFRIEND THROWS IPHONE 7 IN THE POOL!!! [PRANK GONE WRONG]," which earned more than 1 million views in less than a month.

She is a native of Bakersfield, California. Her maiden name is Stewart. She and Kaelin got engaged in 2016 and tied the knot in April of 2017. They welcomed their first child named Karter together in June of 2018. In 2019, their second baby was born.

Her husband's brother is Kevin Edwards Jr., who was popular on Vine.