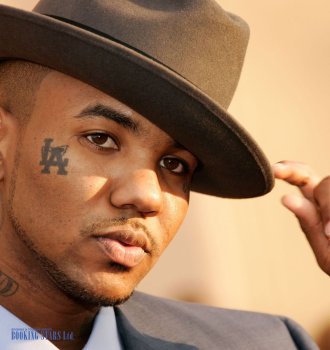 The Game – American “west side” rapper

The Game’s real name is Jayceon Terrell Taylor. He was born on 29 November 1979 in Los Angeles. Then his family moved to California. However, pretty soon, Jayceon went back to the Los Angeles suburbs because he was temporarily adopted by another family. It happened after Taylor’s sister accused their father of sexual harassment. When Jayceon turned 13, her mother got the parental rights back, and he came back to California. Taylor became involved in the local crime society controlled by two gangs, "Santana Blocc Compton Crips" and "Cedar Block Pirus Bloods”. The boy joined the latter.

Jayceon barely finished high school in Compton and enrolled in Washington State University. He was getting a basketball scholarship. However, he was caught for drug possession and had to leave college. Taylor went back to the streets and started dealing drugs and getting involved in other criminal activities. In 2001, the young man was heavily wounded in a shooting and spent 3 days in ф coma. At that time, he decided to change his life and look for legal ways to earn money. That’s where his love for rap came in.

Together with his brother Big Fase 100, who was also a gang member, The Game founded a record label The Black Wall Street Records. At that time, he was studying the albums of different rappers, looking for something that could catch the audience’s attention. The rapper adopted a pseudonym thought up by his grandmother, who was sure Jayceon was a big fan of the same-name movie, which was popular in 1997.

Between 2001 and 2003, the rapper was switching back and forth from one label to another. He managed to show his mixtapes to Sean Combs and Dr. Dre, who decided to take the young man as their protégé. He was invited to perform with 50 Cent, Young Buck, Fabolous, and Lloyd Banks. In 2004, the aspiring rapper participated in filming several advertisements.

In 2005, The Game released his debut LP, The Documentary. The promotional single “Westside Story” was recorded back in 2004 with 50 Cent. The album was commercially successful. It topped Billboard 200 and sold 568,000 copies in the first week. The songs "Dreams", "Hate It or Love It", "Higher", "How We Do", and "Put You on the Game" became hits. Many fans tried to book The Game for their private events.

In 2006, the artist released his second LP, Doctor's Advocate. It wasn’t as commercially successful as the predecessor but still sold 366,000 copies in the first week. The album topped Billboard 200. It was recorded together with such famous rappers as, Busta Rhymes Snoop Dogg, Jamie Foxx, Nas, Tha Dogg Pound, Nate Dogg, Kanye West, and Xzibit.

In 2008, The Game recorded LAX. It climbed the second spot of Billboard 200. It yielded the first spot to Slipknot’s All Hope Is Gone.

In 2018, The Game’s fans are expecting the release of his next album, Westside Story. 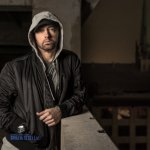