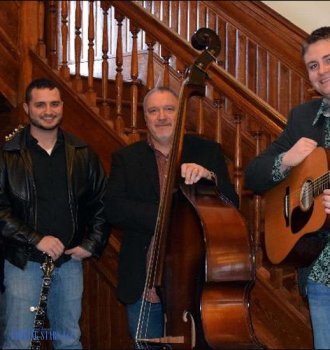 The music band The Hackensaw Boys was formed in 1999 in Charlottesville, Virginia. The band prefers such genres as country, folk, bluegrass, alternative rock, and folk rock. In the past 20 years, the lineup went through serious changes. More than 20 members came and went. Today, only one member from the original lineup is still with the group. It’s David Sickamen. In 2005, he left the band but then came back in 2012.

The initial lineup of the band featured such musicians as Rob Bullington, Robert St. Ours, Tom Peloso, and the abovementioned David Sickmen. All of them participated in different projects before deciding to form their own group. The idea came to the musicians when they were discussing their music in a café.

For several months, The Hackensaw Boys traveled to different towns in Virginia, giving concerts. The musicians rehearsed on the streets because they didn’t have enough money to rent a studio. In 2000, new artists joined the band. Eventually, the small group turned into a 12-member band.

Musicians embarked on a tour. They traveled in a small van, which they called The Dirty Bird. The tour wasn’t official. The artists gave concerts on the streets. Sometimes, they performed in small bars and nightclubs.

The Hackensaw Boys called their tour Unlimited Sunshine Tour. In 2002, such artists as Cake, De La Soul, The Flaming Lips, Modest Mouse, and Kinky headlined the band’s concerts. The next year, the band got a spot in Country Music Hall of Fame and Museum.

The band was getting better and better, earning impressive popularity in the music world. The musicians started performing with such celebrities as Cracker, Camper Van Beethoven, and Railroad Earth. They arranged their next tour to travel to European cities, such as Amsterdam, Brussels, Antwerp, Dublin, and many more.

At the peak of the band’s popularity, the artists gave concerts in large American cities, such as Minneapolis, Seattle, San Francisco, Chicago, Atlanta, and LA. Many fans wanted to book The Hackensaw Boys for private events.

The musicians quickly earned a reputation of a live group. However, they were sure that commercial success is not the only part of their lives. Regular live performances are excellent but studio work deserves time and attention as well.

Musicians enjoyed experimenting with music. Sometimes they quickly changed from bass guitar to acoustic guitar, from drums to keyboards, etc. The band took advantage of a unique instrument charismo, a strange structure that consisted of cans, spoons, and other steel stuff. It was created by Justin Neuhardt. He often said that he never knew how to play it because different musicians were constantly adding new elements to the instrument while losing old ones.

Even though the approach to music didn’t seem serious, the musicians were getting more and more popular. Eventually, they started recording songs in a studio. Between 2007 and 2013, the band released several LPs and EPs, the most popular of which were Who's Lookin' After Me?, For The Love Of A Friend. Live in Kinderdijk, and Till the sweet by and by. 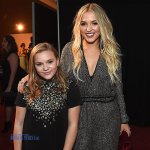