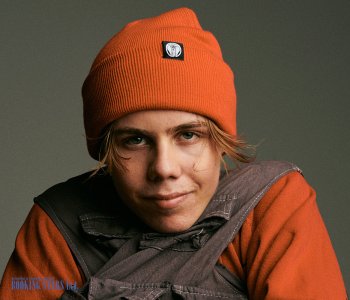 The Kid Laroi - Australian rapper and singer who made a rapid rise to fame as a teenager in 2020.

Australia's the Kid LAROI made a rapid ascent to fame at the tail end of the 2010s thanks in part to his connection with Juice WRLD, who mentored the teenage rapper on tour and later collaborated with him on the 2020 breakout track "Go."

After several singles and an EP, he issued the mixtape F*CK LOVE in July of that year.

Born in Sydney but raised in the New South Wales outback town of Broken Hill, Charlton Kenneth Jeffrey Howard learned to love hip-hop and R&B music from his mother, who turned him on to albums by Fugees, Tupac, and Erykah Badu. After moving back to the Waterloo neighborhood of Sydney, Howard began performing at the age of 13 using the name the Kid LAROI.

That same year, he earned national attention as a finalist on the Triple J Unearthed competition and landed a spot opening for American rapper Juice WRLD on his Australian tour.

The two musicians struck up a friendship, with Juice WRLD helping to mentor LAROI in the industry.

A contract was struck with Columbia Records and Lil Bibby's Grade A Productions in 2019 and helped LAROI's single "Let Her Go" find a wider audience. 2020 proved to be his breakthrough year, however, first with the Lil Tecca collaboration "Diva," followed by his Juice WRLD-assisted hit "Go."

The track helped LAROI's first mixtape, F*CK LOVE, reach number three on the Australian chart and an impressive number eight in the U.S.