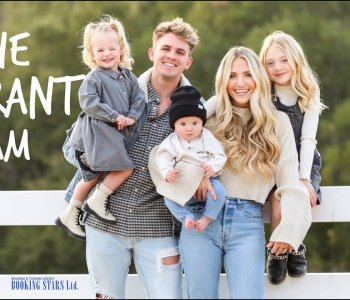 Savannah is one of the most-followed personalities on TikTok as well and has become well-known for her dance and lip-sync videos with her daughter Everleigh and her family.
Career
Savannah Labrant, born Savannah Soutas, was born on March 2, 1993 in Orange County, California to a Christian family. Her faith is still important to her to this day. Savannah has one sister named Chantelle Paige, the singer of the R&B band “Flipsyde.”

The future fashion blogger started dancing at the age of two and later worked as a model in her teenage years before turning to photography.

Savannah was a young mother and had her first child, Everleigh, when she was 19 years old. Since giving birth, she has never revealed who the father of the child is. She stopped pursuing her education after having her daughter, but later went back to university.

In addition to her own personal accounts, Savannah runs an Instagram account for her daughter Everleigh and her friend Ava called “Forever and Foreva.” The moms of both daughters manage the account. The account shares the girls’ fashionable outfits and daily looks.

Savannah started her career as a professional photographer after graduating school. She later launched her own website for her business called “Little Red Rose Photography.” Her photographs went viral on Instagram, where she quickly grew her following after starting the account.

In 2016, Savannah started dating Vine star Cole Labrant, known for his channel “Dem White Boyz.” The couple married in 2017 and welcomed their first daughter together, Posie, in 2018. In 2020, they gave birth to their first son.

Into their relationship, she created her first YouTube account with Cole named Cole&Sav. The account quickly gained hundreds of thousands of subscribers as they posted about their “wholesome, not-perfect” family. Once the couple had children together, they turned the channel into “The Labrant Family” and began posting about their family.

The young mother then joined Musical.ly, later known as TikTok, and started posting lip sync videos. She would also post videos with her husband and her young daughter.

In 2016, she was named the “Muser” of the year and beat out some of the app’s top users, including Baby Ariel and Jacob Sartorius.

In addition to her work on social media, Savannah and her husband wrote a book together documenting their love story. The book, titled “Cole and Sav: Our Surprising Love Story,” documents how the single mom fell in love with the 19-year-old boy from the country. The book also shares the lessons they have learned as a family.