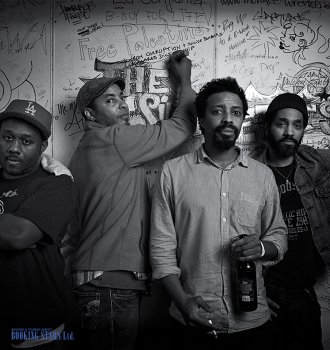 The Pharcyde appeared in Los Angeles in 1989. The initial lineup featured such musicians as Imani, Slimkid3, Bootie Brown and Flatlip. With time, some of the members left the band. The rappers worked with DJ Mark Luv. He wrote songs with the assistance of J-Swift and J Dilla. The Pharcyde’s greatest hits are "Passin’ Me By", "Drop" и "Runnin’".

The three group members met in the 1980s when they were taking dance classes. Before the 80s ended, dancing was their main hobby. Slimkid3 and Imani worked with the group As Is. Later, they joined Play Brothers. Bootie Brown, who was the last one to join the group, worked as a dancer at Flatlip’s performances. In one of the interviews, Brown explained that the artists’ dancing hobby reflected on their music.

The band met Reggie Andrews, who used to work with such artists as Rick James and Dazz Band. He helped the musicians record their debut album. At the same time, the group met the producer J-Swift.

In 1991, The Pharcyde released its first demo album, which featured such singles as "Ya Mamma", "Officer", and "Passin’ Me By". While recording the album, the artists worked with a manager Paul Stewart, who used collaborate with House of Pain and other famous groups. The demo impressed one of the representatives of Delicious Vinyl label. In the summer of 1991, the band signed its first contract. The first official single "Soul Flower" became a part of Brand New Heavies’ album called Heavy Rhyme Experience, Vol. 1.

In 1992, The Pharcyde recorded its debut LP, Bizarre Ride II the Pharcyde. The producer was J-Swift. Four years later, enough copies were sold to bring the album a gold status from RIAA. It earned highly positive reviews from the critics. The album was eventually named one of the most important alternative hip-hop LPs of the 1990s.

The single "Passin’ Me By" was a big hit. It climbed to the 52nd spot of Billboard Hot 100. The song was played in the movie Big Daddy. To record the debut album, the group asked for the assistance of several MCs. Bucwheed was among them. He helped the artists record such songs as "On the DL" and "I’m That Type of Nigga". At that time, many organizers tried to book The Pharcyde for private events. The group was at the peak of its popularity.

In 1995, the band presented its new LP, Labcabincalifornia, which earned mixed reviews from the critics. Many of them weren’t happy with a slight change of style, which reflected on the group’s light mood. However, the album featured a hit song “Runnin”. It reached the 55th spot of Billboard Hot 100 and appeared in the movie 8 Mile. Diamond D and J Dilla helped record the album.

Between 1991 and 1999, the band was on a break. In 2000, the three remaining group members came back to release an EP, Chapter One: Testing The Waters. The same year, they presented a new LP, Plain Rap. Both critics and fans weren’t happy with the album. It didn’t get high ratings. Soon, Slimkid3 left the band.

The rest of the members, Imani and Bootie Brown began working on a new album, Humboldt Beginnings. In 2004, the album came out. However, it didn’t make it into the charts. The LP was recorded with two new group members. Soon after the album’s release, the rappers focused on their solo projects. In 2005, they presented a compilation album, Sold My Soul: The Remix & Rarity Collection. It featured remixes and some of the unpublished work.

The same year, The Pharcyde joined Souls of Mischief for a joint project Almyghty Myghty Pythons. They came up with a new album. The joint group didn’t record any new songs and eventually fell apart. However, in one of his interviews, Imani said that a reunion is possible.

In 2009, The Pharcyde performed at the Australian festival, Good Vibrations. They also appeared at All Points West Festival in New Jersey.

In 2017, the musicians embarked on a long tour of Europe. 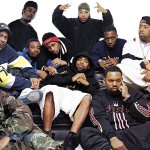 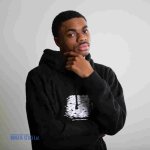