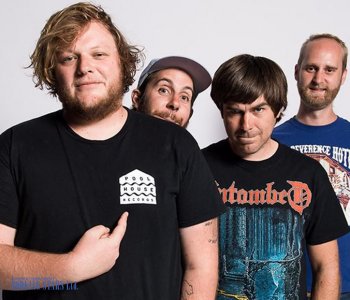 The Smith Street Band was formed in 2010 in Melbourne. The initial lineup included Wil Wagner, a vocalist, songwriter, guitar player, and keyboardist. Tom Lawson was the back vocalist and guitarist. The other members were Jimi O'Loughlin (bass guitar), Lee Hartney (guitar), and Chris Cowburn (drums). Initially, the group had a long name, Wil Wagner and The Smith Street Band. It was shortened in 2011.

The band’s debut release was an EP, South East Facing Wall. It was recorded with the assistance of Jackknife Records at the beginning of 2011. In 2013, the album was re-released. The debut LP appeared in the summer of 2011. The artists called it No One Gets Lost Anymore. This time they worked with Poison City Records. Both albums received positive reviews from the critics in Melbourne.

In 2012, musicians announced an upcoming tour, Young Drunks, to support their new album, Sunshine and Technology. The tour continued for three months. The group gave concerts together with Bomb the Music Industry! and The Bennies.

In the spring of 2013, Wagner announced a three-day music festival, All Tomorrow's Shoeys, in Hobart’s Hotel in Brisbane. After the festival, the band participated in the Tram Sessions project. They arranged live concerts in Melbourne trams.

In the summer, the band released an LP, Don’t Fuck with Our Dreams. The inspiration for the successful lead single came from an event, which occurred before the show during the Young Drunks Tour. The guitarist of The Bennies was stabbed and nearly died. For the first time, the song appeared on The Fest in Florida in 2013.

In 2014, The Smith Street Band announced its third LP, Throw Me in the River. Its producer Jeff Rosenstock used to work with Bomb the Music Industry! The album was released on October 2014. Next year, the band presented a new popular single, "Wipe That Shit-Eating Grin Off Your Punchable Face”. The money earned from the sales was donated to the Asylum Seeker Resource Centre. The organization helps refugees from different countries.

The new album, Throw Me in the River, climbed to the 105th spot of ARIA Chart. After the release, the artists embarked on a local tour, which continued for 26 days. They called it Get High, See Everyone. Great Cynics, PUP, and Apart From This joined the group for that tour. At that time, many organizers tried to book The Smith Street Band for private events.

In the fall of 2016, the musicians presented the lead single from their upcoming album. The song "Death to the Lads" appeared on the radio station Triple J. The artists also announced another tour with FOREVR, Grim Rhythm, and The Nation Blue. The single reached the 21st spot on Triple J's Hottest 100 in 2015.

Soon the artists announced the cancelation of their contract with Poison City Records and founded their own label, Pool House Records. In February, they promoted the brand by emailing their fans. The project went underway on St. Valentine’s Day. The same day, the band released a single, “Birthdays”. Artists also announced a new LP, More Scared of You Than You Are of Me. It came out in 2017 on their label. The producer was Jeff Rosenstock.

The album was played on Triple J radio station. The band also performed singles from the tracklist at a party, which was broadcast on Facebook. Then artists embarked on a new tour of Australia together with A.W., Ceres, and Joyce Manor.

In 2018, the band performed as an opening act for the group, Midnight Oil, in the Greek Theater in LA.