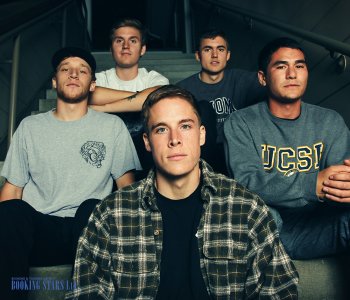 The Story So Far is an American rock and pop-punk band from Walnut Creek, California. The group was formed in 2007. The artists adopted the title from New Found Glory’s song "The Story So Far". The current lineup includes Parker Cannon, Kelen Capener, Kevin Geyer, Will Levy, and Ryan Torf. One of the ex-members Kevin Ambrose left the band after soon its formation.

The initial 5-song EP came out in December 2007 and got a simple name 5 Songs. For some time, the band had a tough time finding gigs.

In 2010, Ambrose left the band because he enrolled in college. William Levy took his place. In March, the group signed a contract with Pure Noise studio. Two months later, artists recorded a new EP, While You Were Sleeping. In November, they presented a split with Maker.

In the spring of 2011, Barret Records released a split by The Story So Far and Morgan Foster. Meanwhile, Pure Noise presented the band’s debut LP, Under Soil and Dirt. It featured 11 tracks, among which were such hits as "States and Minds", "Roam", "Swords and Pens", and "High Regard".

The next album came out in March 2013. The LP called What You Don't See made it into Billboard 200 and settled on the 46th position. The album featured such songs as "Things I Can't Change", "Playing the Victim", "Small Talk", "Empty Space", and others. At that time, many organizers tried to book The Story So Far for private events.

At about the same time, the band worked with Stick Your Guns on a split. The album featured their song “Clairvoyant” and a cover of the song “Loro” by Pinback. Later that year, the group appeared on the cover of the Alternative Press magazine. They were featured in the "100 Bands You Need to Know" list. Next year, the band performed on stage as part of the annual rock tour, Warped Tour 2014.

In April 2014, The Story So Far announced working on an instrumental EP, Songs Of. The album came out in June with the support of Pure Noise. It featured instrumental versions of previous hits, a new single “Navy Blue” and a cover on one of Bob Marley’s songs.

At the beginning of 2015, on YouTube, the artists presented a video called The Story So Far Album Teaser #1. It featured several music videos, in which the band members were recording new songs with other artists and just having a good time. The video ended with an announcement of a new album.

The album came out in May 2015 with the assistance of Pure Noise. It featured such popular songs as "Smile", "Heavy Gloom", "Distaste", "Solo", and "How You Are". Some of the songs were recorded with the help of Sam Pura, a producer from Panda Studio. The LP reached the 40th position of Billboard 200.

In April 2017, the band began working on the next LP. In September, the musicians presented a new single “Out of It”. The new album got the name Proper Dose. It came out in September. The LP climbed to the 19th spot of Billboard 200 and made it into Australian and British charts. The most popular songs featured in the album were "Proper Dose", "Take Me as You Please", "Keep This Up", and "Need to Know".

After the release, the band embarked on a long tour of Europe with All Get Out and Citizen. After it was over, the artists decided to tour the USA with Movements, Citizen, and Turnover. In September 2018, The Story So Far presented a music video for the single "Upside Down". It quickly collected over a million views on YouTube.

The band continues recording new hits and performing live all over the world.

Book The Story So Far 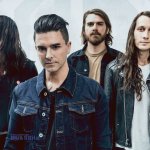 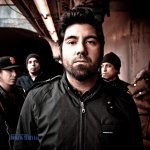