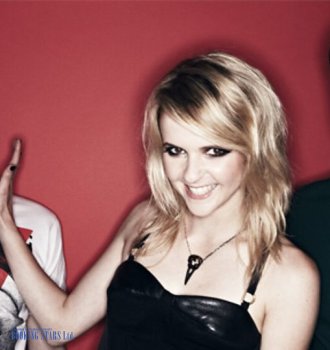 The rock group The Subways appeared in 2002 in the UK. The lineup includes the guitar player and vocalist Billy Lunn, the vocalist and bass guitar player Charlotte Cooper, and a drummer Josh Morgan. When the group began its way to fame, all the members were still teenagers.

Morgan and Lunn wanted to become famous since childhood. They are brothers. Lunn took their mother’s maiden name. Billy and Josh were big fans of such celebrities as The Beatles, AC/DC, Carpenters, and Ramones.

After getting inspired by Oasis’ performance on the British TV show, Top of the Pops, Lunn started learning to play his father’s old guitar. At about the same time, he met Charlotte Cooper, who shared his admiration for Pixies, Nirvana, Sex Pistols, and Mudhoney. The young woman started learning to play bass guitar. Meanwhile, Morgan became a professional drummer. Soon, the trio formed an energetic music group and started recording songs. Later, they performed them at different clubs in London. In 2004, the group won a contest at Glastonbury.

At the end of the year, The Subways met a producer Ian Broudie. Soon they signed a contract with Infectious Records to record the debut album. The LP, Young for Eternity, came out in July 2005. It featured a single “Oh Yeah”, which reached the 25th spot of the national chart. At that time, many fans wanted to book The Subways for private events.

In the spring of 2006, the group was planning to go on a tour but had to cancel it due to Lunn’s health problems. In the summer, the band went to tour North America. They arranged numerous concerts and acquired many new fans. The same year, the artists participated in Taking Black Sunday’s tour and appeared on The Late Night Show with David Letterman.

In 2007, The Subways announced their work on the second album in Conway Studios in Los Angeles. It took them several months to record 25 tracks. In the summer, the band came back to the UK and attended several festivals. In the fall, the artists went back to LA to finish the album, which they called All or Nothing. It reached the 17th spot of the UK Albums Chart.

In February 2008, the band recorded a live video at The Stoke Sugarmill for the single "Girls & Boys". At the same time, the fans learned that Lunn and Cooper, who were in a relationship, decided to break up. However, the musicians assured the fans that their personal problems won’t reflect on the group’s performance.

Soon, the band embarked on a tour of the UK. As part of the tour, the artists performed at Glastonbury Festival, T in the Park, Download Festival, Oxegen Festival, and other festivals. During that time, The Subways recorded several songs for popular TV series, movies, and video games.

In 2009, the group performed at the Wembley Stadium to support AC/DC, who inspired the artists since childhood. In 2010, the group returned to studio work and began recording its third LP, Money & Celebrity. At the same time, they started working with the platform Pledge Music, which allowed the fans to participate in the album’s recordings. The lead single “It’s a Party” appeared on the band’s official site for free downloading. The LP also featured such popular songs as "We Don't Need Money To Have A Good Time", and "Kiss Kiss Bang Bang".

In 2015, the musicians released a new LP, The Subways, which they were working on since 2013. The lead single "My Heart Is Pumping to Brand New Beat" came out in 2014. At the same time, the group announced its plans for the next tour. The fourth LP came out in the UK, Germany, and Switzerland simultaneously.

In February 2015, Josh Morgan had to leave the group for several weeks due to suffering from Asperger syndrome. He was replaced by another drummer. This didn’t hinder the band’s performance plans.

Throughout its career, the band released more than 10 EPs with cover versions, acoustic songs, and tracks recorded at festivals. The most popular EPs are Summertime, Rock & Roll Queen, Live at Birmingham Academy, Kiss Kiss Bang Bang, and No Heart No Soul.