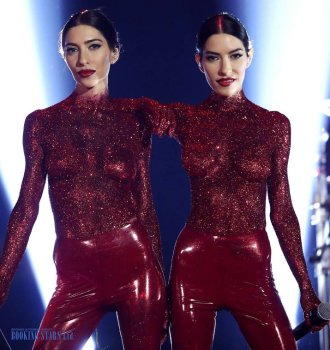 The Veronicas was formed in 2004 in Brisbane, Australia. It consists of two twin sisters, Lisa and Jessica Origliasso. Lisa and Jessica were born on Christmas day in 1984. Their parents have an Italian heritage. The sisters were growing up near Albany Creek. The girls have been demonstrating their love for music since childhood. By the time they turned five, the twins had already performed on stage, appeared on television, and worked in local theater plays.

When they were teenagers, the Origliasso sisters formed a duo called Lisa & Jessica. They even managed to record three albums, which didn’t earn any popularity. Then the young women decided to try their acting skills and appeared in a TV series, Cybergirl, where they played villains. In 2003, the sisters and their two friends established a group called The Teal, which released a fairly successful single “Baby It’s Over’.

In 2004, the band fell apart. However, the girls suddenly found support from a local label Excalibur, which helped them sign a contract with a Sidney label Engine Room. The managers of Engine Room believed in the bright future of the group and sent the girls overseas to the USA. Several American labels contested for the right to work with The Veronicas. Eventually, they signed a contract with Warner Bros Music Group.

The Veronicas spent the next year recording its debut album. In October 2005, the duo presented an LP, The Secret Life Of…. The album turned out to be impressively popular. It climbed to the 2nd spot of the ARIA Chart and earned four platinum certifications in Australia. The LP also made it into several European charts and went gold in the Netherlands. It appeared on Billboard 200, settling on the 133rd spot.

The group’s debut album featured several hits, which turned platinum and gold and conquered the charts. The fans gave high scores to such popular songs as "4ever", "Everything I'm Not", "When It All Falls Apart", and "Revolution". After the album’s release, many organizers tried to book The Veronicas for private events. However, the young women were busy climbing the career ladder and rarely agreed.

A small shadow was cast on the group’s popularity due to a conflict with Archie Comics. The company sued the group for supposedly using one of its characters Veronica Lodge for the band’s image. The conflict was settled quickly since both brands found an opportunity to promote one through another.

Singers worked with many other artists. They helped a famous band t.A.T.u record a single “All About Us”, worked with Casey Donovan on “What’s Going On” and collaborated with Kate DeAraugo to release “Faded”.

In 2007, the artists released one more LP, Hook Me Up. It featured 12 tracks. Again, the girls were reaping the benefits of immense popularity. The album came in second on ARIA Chart, settled on the 107th spot of Billboard 200 and appeared on the 35th position of the UK Albums Chart. The LP earned two platinum certifications at home and gold status in the Netherlands.

The second LP featured such hits as “Untouched”, “This Love”, and “Take Me On The Floor”. The first one won a collection of platinum certifications. The other two turned gold. To support the album, the group went on an Australian tour.

In 2009 and 2009, The Veronicas toured the world. As part of several world tours, they visited the USA, the Netherlands, the UK, Canada, and Japan. The group’s popularity was on the rise.

Between 2010 and 2013, the girls worked on their third album and several solo projects. They also collaborated with many different artists.

In 2012, the group recorded a non-album single “Lolita”, which became very popular. The music video for the song collected almost 5 million views on YouTube. In 2013, The Veronicas broke off a contract with Warner Bros Records.

In 2014, the band presented its new LP, The Veronicas. It earned platinum status in Australia and appeared in the charts of the UK and the Netherlands. This time, the album didn’t manage to get into Billboard 200, probably due to the lack of support from Warner Bros. This time, the band worked with Sony.

In 2016, the singers recorded two non-album singles “In My Blood” and “On Your Side”. Both went platinum.

In 2017, The Veronicas released several singles and announced that they were working on a new album. The release was planned for 2018. However, it’s being delayed until 2019. 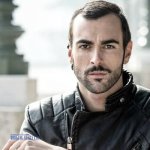 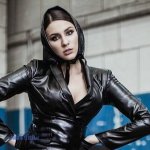