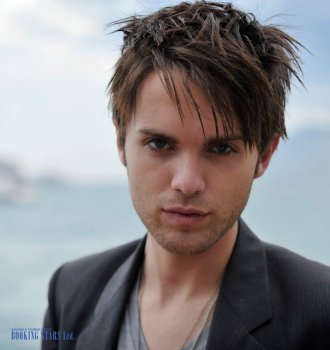 Thomas Alexander Dekker was born on 28 December 1987 in Las Vegas, Nevada. Both of his parents are singers. Besides, his mother is a professional piano player and an actress. Dekker’s career seemed to be predetermined from childhood.

Thomas started writing music when he was just 10 years old. By the time he turned 16, Dekker had his own style, which was electro-folk. In July 2008, the young artist released his first independent album, Psyanotic.

Thomas began his acting career even before becoming a musician. When Dekker was six, he debuted on the TV screens in the soap opera, The Young and the Restless. Then he worked on the sci-fi movie Star Trek: Generations (1994). In 1995, he appeared in several episodes of Star Trek: Voyager.

In 1999, Dekker started playing Nick Szalinski in the TV series Honey, I Shrunk the Kids: The TV Show. He worked on the series for four years and appeared in 66 episodes. In 1999, the role brought him a nomination from Young Artist Awards for "Best Performance in a TV Comedy Series - Leading Young Actor". A year later, he won the prize.

Between 1998 and 2002, Thomas was voicing animation movie roles. In 2001 and 2003, his voice-over projects brought Dekker two Young Artist Awards.

The first big role on the TV screen came to Tom in 2008. He appeared in the horror movie From Within. At Solstice Film Festival, Dekker earned a prize for “Best Actor”. The same year he landed the leading role in the movie Whore. He also worked on that project as a producer, scriptwriter, and director.

The real fame came to Dekker thanks to the leading part in the sci-fi series Terminator: The Sarah Connor Chronicles. He played Sarah Connor’s son John from 2008 until 2009. In 2008, the role brought Thomas a nomination for Saturn Award and Teen Choice Award. The same year he won Young Hollywood Awards for "One to Watch". Event organizers started sending Thomas Dekker invitations.

In 2010, Tom worked on the starring part in the sci-fi comedy Kaboom.

In 2011, the young actor was nominated for OFTA Television Award as "Best Supporting Actor in a Motion Picture or Miniseries” for his role of Lance Loud in the TV series Cinema Verite. The same year he landed the leading role in the independent drama Angels Crest.

In 2011 and 2012, Dekker appeared in the TV series The Secret Circle. He played Adam Conant, who was a magician.

In 2014, the actor worked on a horror movie Fear Clinic, in which he had the leading part.

In 2015, Dekker had another leading role in the TV series Backstrom. A year later, he appeared in the drama Do You Take This Man and another horror film, Welcome to Willits.

In 2018, Thomas played Teeto in the horror movie Once Upon a Superhero.

Dekker’s fans are awaiting the premiere of another movie with their favorite actor. The thriller Blue Call is expected to come out in 2019.