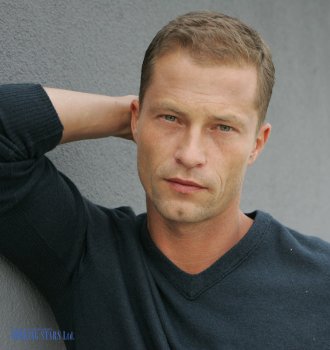 Tilman Valentin "Til" Schweiger was born on 19 December 1963 in Freiburg, Germany. Both his parents were teachers and little Tilman was dreaming of following in their footsteps. Initially, he started studying to become a teacher but then changed his mind and began studying medicine. During his time in the university, Schweiger learned a few things about acting. He decided to relocate to the theater school and become an actor. Tilman completed his studies three years later and started looking for an opportunity to show his talent on the big screen.

Schweiger landed his first big role in 1989. He played Jo Zenker in 37 episodes of the TV series Lindenstraße. In 1991, Tilman got the first leading role in the comedy Manta Manta, produced by Wolfgang Buld.

In 1993, Schweiger played a boxer named Rudy in the movie Ebbies Bluff. The role brought him a Max-Ophüls-Preis award for Best Actor Newcomer. While working on this movie, Tilman showed his producing skills. A year later, he worked on a comedy Der bewegte Mann.

In 1996, Tilman appeared in two new movies Männerpension and Adrenalin. A little later that year, together with two partners, Schweiger founded a producing company called Mr. Brown Entertainment. The name came from the character from Tarantino’s debut movie as a producer Reservoir Dogs (1992).

In 1997, Schweiger produced a famous movie Knockin 'On Heaven's Door, which received great acclaim all over the world. Tilman also appeared as one of the two leading characters. For the role of Martin Brest, the actor received several awards including Jupiter and Goldene Kamera as The Best Actor. After the movie was released, Schweiger and his family moved to Los Angeles. It became nearly impossible to book Til Schweiger for any birthday appearance or private event.

In 1998, only a year after the move, Tilman debuted in a Hollywood movie The Replacement Killers. He played a small role. The same year, in Germany, his movie Der Eisbär was released.

In 2001, Schweiger landed a leading role in the movie Driven, where he played together with Sylvester Stallone. The same year he portrayed Monty in the movie Investigating Sex.

In 2003, together with Angelina Jolie, Tilman appeared in the movie Lara Croft Tomb Raider: The Cradle of Life, in which he played a hitman.

In 2004, Schweiger worked together with Keira Knightley and Clive Owen on the movie King Arthur. He also appeared in the German comedy Raumschiff Surprise - Period 1.

In 2005, Tilman got a leading role in the movie Barfuss. He portrayed Nick Keller. The movie earned a Bambi Best Film award.

In 2009, the actor appeared in a German comedy Zweiohrküken and landed an important role in the movie Inglorious Bastards. The movie was nominated for more than 40 awards and won about 20 of them.

Between 2013 and 2016, Tilman worked on a German TV series Tatorte, in which he portrayed Nick Schiller. At the same time, he appeared in American and German big screen movies.

In 2017, Schweiger played a supporting role in the movie Atomic Blond. 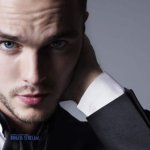 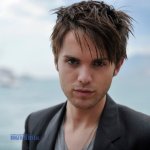