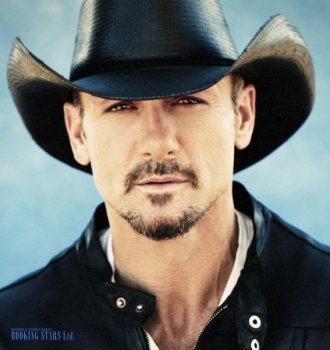 Tim McGraw is a country singer from the USA, who managed to top American charts 23 times on his own and together with his wife, Faith Hill. McGraw is the son of a famous baseball player but managed to become more renowned than his father. The popularity came to Tim in 1994. In 2001, when Garth Brooks left the music business, McGraw became the top country player in the USA.

Tim was born on 1 May 1967 in Delhi, Louisiana. The singer has Irish and Italian heritage from his mother’s side and Scottish heritage from his dad’s side. Right after Tim’s birth, his father left the family. So the singer was raised by his mother, who married another man.

Tim didn’t find out about his real father until he grew up and saw the birth certificate. It turned out that his father was a famous baseball player Tug McGraw. Tug died in 2004. However, the two celebrities reunited before then and managed to build a good relationship.

Tim attended Northeast Louisiana University where he played baseball. While studying, McGraw became interested in music. He learned how to play the guitar. With time, Tim got to know pop, county, R&B, and rock music. Even though in the university, McGraw didn’t major in music, he performed with local bands.

In 1989, McGraw’s idol, country musician Keith Whitley, died. Tim decided to quit school and go to Nashville to pursue a music career. He performed in the local nightclubs. Eventually, his talent was noticed, and in 1992, the singer signed a contract with Curb Studios.

McGraw’s debut hit was "Welcome To The Club". It came out in 1992 and reached the 47th spot on the Hot Country Songs Chart. In 1993, the debut LP, Tim McGraw, came out. It didn't appear on the charts. However, the second LP, Not A Moment Too Soon, which was released a year later, became a huge hit. It featured such famous country songs as "Refried Dreams" and "Down on the Farm". The album earned six platinum certifications in the USA and two in Canada.

The next hit single, I Like It I Love It, proved that McGraw was there to stay. It came out together with the new LP, Everywhere, in 1997. The song was recorded together with the singer’s wife Faith Hill. It reached the top spots on the charts and became platinum twice. The album also earned a platinum certification.

In 1999, McGraw released his next album, A Place in the Sun, which topped Billboard 200. Two years later, the singer presented one more LP, Set This Circus Down, which came in second on the same chart. The artist’s albums were becoming bestsellers one by one. Many organizers wanted to book Tim McGraw for private events.

In 2001, Garth Brooks left the music business and the sales of Tim’s albums went through the roof. Between 2002 and 2015, the singer released seven LPs, all of which reached 1st, 2nd or 3rd spots on Billboard 200. The last album recorded during that period was Damn Country Music. It reached the 5th spot on the chart.

In 2017, the singer released one more album called The Rest of Our Life. It was recorded with Faith Hill. The LP reached the top spots on American and Australian country charts and sold over 230,000 copies.

In 2018, McGraw released his 12th compilation album, The Biggest Hits of Tim McGraw.

In 2019, the artist recorded a new single, "Thought About You". At the moment, it’s on the 32nd spot of the Hot Country Songs Chart. The single is expected to be featured in Tim’s new album, the name of which is yet to be announced.

Tim is a holder of several Grammy Awards. He also has many awards from the Academy of Country Music. Together with Faith Hill, the artist traveled all over the United States, giving numerous concerts.

While working on his music career, Tim appeared in several movies. His acting career began back in 1997 with a role in the TV series, The Jeff Foxworthy Show. Tim got his first leading part in 2006 in the movie, Flicka. One of his latest projects was the role of Willie in the American Christian drama, The Shack (2017). 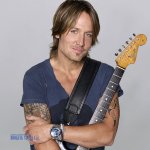