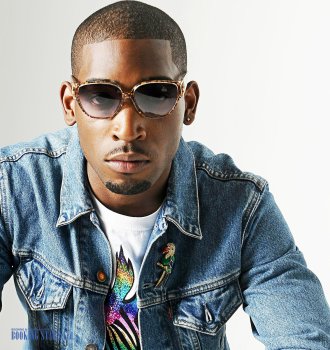 Tinie Tempah was born on November 7, 1988, in London. He is a singer, songwriter, and rapper. Tempah is mostly famous for such hits as “Written In The Stars”, “Miami 2 Ibiza”, and “Girls Like”. He holds a variety of music awards, including MOBO and MTV Video Music Awards.

Tinie Tempah (real name Patrick Chukwuemeka Okogwu) started writing songs when he was still in high school. He performed on the school plagrounds. Ever since then, Tinie know that he will pursue a music career.

The success came to Tempah when he signed a contract with Sony. After the game “Wipeout Pure” came out on PSP, Tinie became famous thanks to the soundrack “Listen to The Vibe”, which he performed together with DJ Ironik. Tempah gained popularity among younger generation and gamers. After the release of the game, Tinie went on a European concert tour with Dizzee Rascal and Sway. During the tour he managed to attract hundreds of fans and finally became a celebrity rapper.

In 2006, the music video with Tinie’s song “Wifey” topped the Channel U Urban Chart.

In 2007, Tinie released a single “Hood Economics”. It was followed by a music video, which also got to the top chart positions.

In 2008, he released music video “Tears”. It got to the 10th spot on the UK Charts. By that time Tinie started working with the producer Adam Brown.

In 2009, Tempah supported N-Dubz during their Christmas Party concert tour. The same year, he released his first single “Pass Out”, which topped the UK Singles Chart and was certified platinum by BPI and goldn by ARIA.

In 2010, Tinie signed a contract with Parlorphone and released his first album Disc-Overy. The album was a success, topping the UK Albums Chart and reached the 21st spot on Billboard 200. The LP was certified platinum twice by BPI.A single from that album “Written In The Stars” became one of Tempah’s most successful songs. It topped UK Singles Chart and entered into various charts in Europe. The song brought the rapper international recognition.

Tempah released two more albums Demonstration (2013) and Youth (2017). They were less successful than the first LP. Tinie continues to colobarate with various celebrities, works on his solo career and performs live.