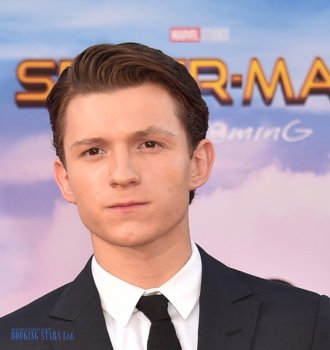 Thomas Stanley Holland was born on June 1, 1996, in London. When he was just 10 years old, Tom was dreaming of becoming a dancer. He started attending Nifty Feet Dance School in Wimbledon. In 2006, while performing at the Richmond Dance Festival, a choreographer Lynne Page noticed him. She was good friends with a choreographer of Billy Elliot and recommended him for a role at Billy Elliot the Musical.

After several grueling auditions, Thomas landed a role of Michael, who was the best friend of the main character. In 2008, Holland debuted on the stage of West End Theater. He got great reviews from the critics. Tom performed at Billy Elliot the Musical on a regular basis until 2010. At the fifth year anniversary of the musical, he played the leading role.

In 2011, Holland was chosen to voice an animation character Sho in the movie Arrietty. A year later, the young actor debuted on the big screen in the movie The Impossible, which was later nominated for an Academy Award and a Golden Globe award. Tom played the role of Lucas, who was the son of the main characters. The role brought him a Saturn Award nomination and several more nominations as well.

Holland’s next big role was Isaac in the movie How I Live Now (2013). The next year, Tom landed his voice to Eddie in the drama Locke, where everyone but the main character was voiced.

In 2015, the drama In the Heart of the Sea came out. Holland portrayed Thomas Gibson Nickerson when he was a cabin boy.

In June 2015, Holland was chosen for the role of Spiderman in the Marvel movies. This was a huge breakthrough for the actor, because these movies are always very popular. The actor himself said that the news about the role confirmation turned his world upside down. The first Marvel movie, where Tom appeared was Captain America: Civil War. It became the top-grossing film of 2016. Tom earned a prize at Golden Schmoes Awards in the "Breakthrough Performance of the Year" category. A year later, he scored a Saturn Award for "Best Performance by a Younger Actor".

In July 2017, Spider-Man: Homecoming came out. Holland had the starring role. The movie was a big success and earned great reviews from the critics. Tom became an international celebrity. Many fans were dreaming of inviting Tom Holland to private events or birthday parties.

Even though Marvel movies were highly successful, Holland was actively working on other films. In 2016, he participated in two more movies: Edge of Winter and The Lost City of Z. The latter brought him London Film Critics' Circle nomination as "Young British/Irish Performer of the Year".

In 2017, Holland appeared in Pilgrimage and worked on the historical drama The Current War. He also finished working on another Marvel movie Avengers: Infinity War, which will come out in May 2018.

In 2019, Holland’s fans are awaiting two movies, Chaos Walking and Avengers 4 (the title of which is still unknown).

Tom has a very busy filming schedule. His services are booked for years in advance.