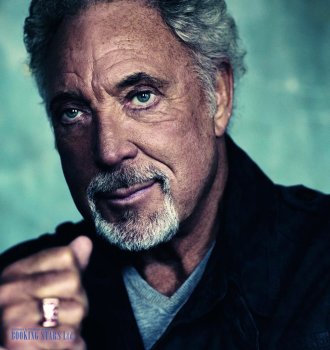 The most popularity was gained in the mid-60s. During 25 years of his career more than 100 million copies of his albums have been sold around the world.

One of the first successful hits was a song «It's Not Unusual» released in the mid '60s. In 1966 after the release of the hit "Thunderball" Tom received prestigious "Grammy" award as the most promising new artist.

Thus began a successful story of a singer Tom Jones, who has won recognition and love of millions of people around the world during his 50-year career.

Tom’s discography includes 27 albums, the last of which was released in 2012. He received the Order of the British Empire and the title "Sir".

Currently he is involved in many famous projects, including the British show "Voice", where he performed as one of the mentors.

Tom Jones is a great choice for any event! To book Tom Jones you can simply call us right now! Do not miss a chance to hear the pop legend live!