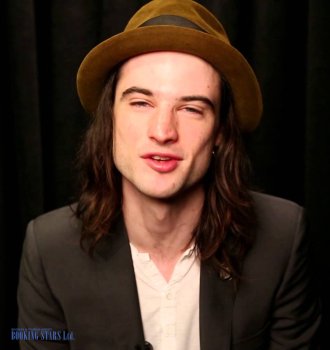 Thomas Sidney Jerome Sturridge was born on 21 December 1985 in London. His father is a movie director. His mother, aunt, and sister are actresses.

When he was just 11 years old, Sturridge debuted in a short TV series Gulliver's Travels, which was directed by his father. The series won five Emmy Awards, including “the best miniseries” award.

A year later, Tom landed a secondary role in a fantasy drama FairyTale: A True Story, where Mel Gibson made a cameo appearance. It wasn’t a big project for Tom but it gave him valuable experience. After the movie came out, Tom went on with his studies and came back to the movie arena 7 years later.

In 2004, Thomas appeared in two movies, including a comedy-drama Being Julia, in which he portrayed Roger Gosselyn. The movie earned two Golden Globe awards and was nominated for an Academy award. The next movie was Vanity Fair, in which Tom portrayed young Georgy. The film was nominated for a Golden Lion award at the Venice Movie Festival 2004.

In 2005, the young actor worked on a pseudo-documentary Brothers of the Head.  The same year he appeared in the TV film A Waste of Shame: The Mystery of Shakespeare and His Sonnets, in which he played William Herbert.

In 2006, Tom showed off his talents in the psychological thriller Like Minds, directed by Gregory J. Read. Sturridge played one of the leading roles. The next movie Tom appeared in was a comedy

The Boat That Rocked. The actor had a small part.

In 2011, Tom finally landed a leading role in a romantic film Waiting for Forever. Back then, it was still fairly easy to invite Sturridge to a private event or a birthday party. Then the fame kicked in. The same year, the actor appeared in the drama Junkhearts, in which he portrayed Danny. The moved earned an award at the London Film Festival and two awards at the Moscow International Film Festival, including “Best Movie”.

The next small role was in an adventure drama film On the Road, starring Garret Hedlund and Kristen Stewart. The director of the movie earned a Golden Palm Award. At the same time, Sturridge worked on several theater projects, including No Quarter and Orphans. The latter brought him a Tony Award nomination.

In 2015, in the movie Far from the Madding Crowd, Sturridge played sergeant Francis Troy. The same year he worked on the movie Remainder where he had a leading role.

In 2016, Sturridge landed another leading role. He portrayed Henry VI in the TV Series The Hollow Crown.

In 2017, Tom appeared in three movies. One was a romantic drama Song to Song, in which he performed with such movie stars as Ryan Gosling, Natalie Portman, and Kate Blanchet. The second was a romantic film Mary Shelley, in which he played Lord Byron. The third project was a movie Journey's End

The same year, Sturridge showed his talent in the play 1984 on Broadway. He played the leading role of Winston Smith.