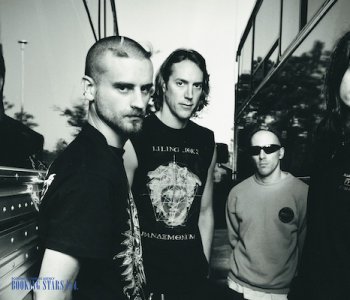 Tool – an alternative metal group from the USA

The metal group Tool was formed in 1990 in Los Angeles. Initially, group members focused on grange but then turned to progressive rock. The professional and original approach to the genre made Tool one of the most popular progressive rock bands in the USA. Band members came to LA in the 1980s. Adam Jones and Paul D’Amour were planning to become actors. Maynard Keenan became a designer after taking art classes. The drummer, Danny Carey worked with several bands, among which were Wild Blue Yonder and Green Jellÿ.

Jones and Keenan met in 1989. Jones was impressed by Keenan’s vocals after hearing some of his work. The two friends decided to start working together. They were looking for a bass guitar player and a drummer.

Carey joined the two friends to have fun. He wasn’t counting on becoming famous with this group. Later, he would say that he simply felt sorry for the aspiring artists since no one else wanted to be their drummer. The final lineup was formed when Jones met Paul D’Amour. After two years of rehearsals and local performances, which were mostly arranged in clubs, Tool signed a contract with Zoo Entertainment.

In March 1992, the band presented its first EP, Opiate. It featured six heavy metal songs, among which were "Opiate" and "Hush". The first music video for the single “Hush” demonstrated the group’s opinion about the Parents Music Resource Center and its desire to censure music.

Tool began performing on stage with such celebrities as Rage Against the Machine, Fishbone, and Rollins Band. The debut LP, Undertow, came out in 1993. It was different from Opiate and featured songs that didn’t make it into the EP. After the release, musicians went to perform at Lollapalooza. They gave a series of concerts that helped increase the popularity of the band. The debut LP earned gold status in 1993 and went platinum in 1995. At that time, many organizers tried to book Tool for private events.

In 1995, the band began working on the new album. However, Paul D’Amour left the band to pursue a solo career. Musicians invited Justin Chancellor, who used to work with the band called Peach.

In September 1996, Tool released its second LP, Ænima. The album became more popular than its predecessor, earning several platinum statuses. The producer was David Bottrill, who used to work with King Crimson. Musicians devoted the album to a comedian Billy Hicks, who died two years earlier.

In October 1996, the band embarked on a tour to support the new album. After giving numerous concerts in the USA and Europe, musicians went to New Zealand and Australia.

On April 1, 1997, artists decided to play a joke on their fans. They announced that the tour bus got into an accident, and three of the group members are in critical condition. Fans weren’t happy about such a joke. Later, the band members apologized.

In the middle of the 1990s, alternative rock started losing popularity in the USA. However, Ænima still managed to become commercially successful. The leading single with the same name brought the band a Grammy Award as Best Metal Performance. In 2001, the group earned a Grammy in the same category for the single “Schism” from Lateralus.

Lateralus came out in May 2001. Initially, musicians were planning to call it Systema Encephale but changed their minds. The album brought the artists closer to progressive and art rock. It became popular all over the world and topped Billboard 200 soon after the release. The band arranged long tours to support the album and reach out to new fans.

In April 2006, musicians presented a leading single for the upcoming album, 10,000 Days. It was “Vicarious”. The song came in second on Billboard’s Alternative Songs Chart. The album topped Billboard 200 and sold more than 560,000 copies in the USA. However, critics gave it worse reviews than to Lateralus.

Rumors about the second album started appearing in 2009. Musicians kept telling their fans that they were working on the new LP. However, they were busy with other projects as well. In January, the band members said that half of the album is ready, and that it would come out in 2013. Then, the release was delayed until 2014. However, it didn’t come out as planned.

Eventually, Fear Inoculum appeared in 2019. Thirteen years have passed since the release of the previous LP. Critics and fans gave the latest album excellent reviews. It became commercially successful and reached high spots on many charts, including Billboard 200.

How much does it cost to book Tool:
Price inquiry
Tool booking agent:
Contact agent
Tool Contacts:
Send Tool a message
« previous next » 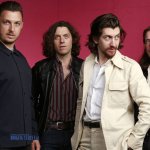