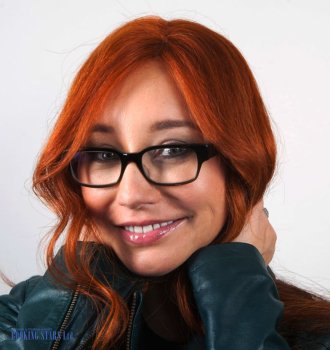 Tori Amos was born on August 22, 1963, in North Carolina. She is a singer, songwriter, and composer. Amos is particularly famous for such hits as “God”, “Spark”, and “Silent All These Years”. Tori was nominated for 8 Grammy Awards.

Tori Amos (real name Myra Ellen Amos) started playing the piano when she was just 3 years old. When she was 4, Tori was already writing music. At 6, she became the youngest student at the Peabody Conservatory in Baltimore. It seemed as if Tori was bound to pursue a classic concert musician and pianist career. But she had other plans. When she wrote a song, which the conservatory considered too drastic for classical music, Tori had to quit. After quitting, Tori decided to forget about the piano but soon started playing again.

Amos performed in the local Washington and Baltimore bars. When she was 17, together with her brother Michael, Tori wrote a song for Orioles competition, which she called “Baltimore”.

In 1981, Amos graduated from high school in Maryland and came back home. Back then, it seemed she is bound to become famous soon. When Tori turned 21, she went to LA looking to pursue a music career. She was hired as a vocalist of the band Y Kant Tori Read. The band signed a deal with Atlantic Records but their debut album was a failure.

In 1992, Amos released her debut solo album Little Earthquakes. It sold 2 million copies and received two platinum certifications in the USA. The LP reached the 54th spot on Billboard 200 and 14th spot on UK and ARIA charts.

In 1994, Amos released her second album Under The Pink. The leading single “God” was a big hit. The LP topped UK Albums Chart and reached the 12th spot on Billboard 200.

In 1996, Tori released another album Boys for Pele. It reached the 2nd spot on Billboard 200 and UK Albums Chart. The LP was certified platinum in the USA and golden in several countries.

The next two albums From the Choirgirl Hotel (1998) and To Venus And Back (1999) very also very successful, reaching high spots on the charts and receiving platinum certifications.

In 2000’s her popularity started to slowly wane. She released 9 more LPs, the latest one being Unrepentant Geraldines (2014). The albums were still getting high spots on the charts but weren’t as commercially successful as her previous work. Tori continues to work on new songs and performs live.