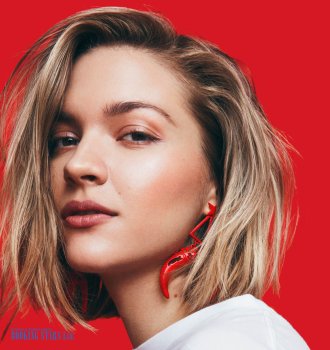 Tove Styrke’s full name is Tove Anna Linnéa Östman Styrke. She was born on 19 November 1992 in Umea, Sweden. The singer has an older and a younger sister. She grew up in a musical family. He father Anders Ostman was also a singer. In 1975, his song "Vindens melodi" appeared on the dance charts. Tove’s mother was a dance teacher. The young artist loved to attend her lessons. Even though Styrke has an impressive talent and a big wish to succeed, she had to make a great effort to become famous.

Styrke began her career when she was 17 years old. The singer signed a contract with Sony Music and released a hit single “Million Pieces”, written together with Adam Olenius, Shout Out Louds, and Lykke Li. At about the same time, the artist took part in the music contest Det bästa från Idol with the song ”Hot n Cold”.

In 2010, Tove released her debut album Tove Styrke. The LP appeared on the charts in Sweden, Germany, and the UK. It featured such popular songs as "Beating on a Better Drum", "Chaos", "Stalker in Your Speaker", "Bad Time for a Good Time", and "Million Pieces", which became a hit months earlier. Fredrik Berger, Patrik Berger, Adam Olenius, and Lykke Li wrote the majority of the tracks. However, Tove herself also wrote a few. The album climbed to the 10th spot of Sverigetopplistan (Swedish chart). Many fans dreamed to book Tove Styrke for their private events, but they rarely succeeded due to her busy schedule.

In 2011, the singer released an EP, High and Low, with Sony Music. However, the album failed to become commercially successful. The same year, the singer worked with Kedjan on "Ringar på vattnet" and with Caotico on "Brains Out". A little later, she released her first music video for the song “High and Low”.

In 2014, the artist presented one more EP, Borderline. The album featured such songs as "Samurai Boy", "Walking a Line", "Even If I'm Loud It Doesn't Mean I'm Talking to You", and "Brag”. Many of them were written by Tove with the assistance of Jan Kask, Carl Ask, and Christian Walz.

Styrke’s second LP, Kiddo, came out in 2015. It featured electro-pop hits. The same year the album was 9th on the Spin’s list of 25 Best Pop Albums of the Year. It also reached the 14th spot of the Swedish chart Sverigetopplistan, The songs "Borderline", "Ego", "Samurai Boy", "Snaren", and "Even If I'm Loud It Doesn't Mean I'm Talking to You" became hits on the local level. Styrke wrote the majority of lyrics.

In 2015, her song "...Baby One More Time" came out. However, the non-album single didn’t have any commercial success. However, the next year, the singer worked with Big Wild on "Aftergold", and with Hanna Järver on "Allt & Ingenting". Both songs were hits.

In May 2018, the singer announced the release of her 3rd LP, Sway. The album climbed the 11th spot of the national Swedish chart, Sverigetopplistan. Such singles as "Changed My Mind", "On the Low", "Say My Name", and "Mistakes" became popular. The artist filmed music videos for the majority of her singles. Many of them turned out to be hits.

In March 2018, together with Alma, Styrke recorded “Good Vibes”. At the same time, she worked with Clean Bandit & Stefflon Don on “Last Goodbye”. The song is due out in November 2018.

Tove continues recording new songs and performing live. She is hoping to conquer the European charts.