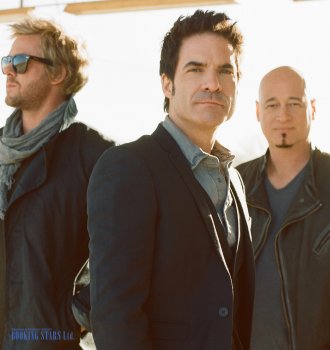 The band trained was established in the United States in 1993. The current lineup includes, Patrick Monahan, Hector Maldonado, Drew Shoals, Luis Maldonado, and Jerry Becker. The band is mostly famous for such hits as “Hey, Soul Sister”, “Drive By”, and “50 Ways to Say Goodbye”. The band holds numerous awards, including three Grammies and two Billboard Music Awards.

The Train’s road to success for slow but consistnetn. In the end of the 1993, Patrick Monohan moved from Pensylvania to California, where he met Rob Hotchkiss. They decided to form a band. The duo performed at local nightlcubs. In some time, they decided that they need assistance and invited Charlue clun, Jommy Staffors, and Scott Underwood. The bamnd members made a decision to work on their own sound. They received support from Columbia records.

It took the musicians several years to create their own unqiue sound and worthy materal. They also gave many concerts in orthern California. They often performed opening acts for celebrity bands, such as Hootie & The Blowfish, Dave Matthrws Band, Neville Brothers, and more.

In 1998, the band finally released their first studio album Train. The LP reached the 76th spot on Billboard Hot 100 (after about a year) and in some time with certified platinum by RIAA. The album didn’t make it into any other charts. After the release of the alum, the band went on a tour. One of the singles from that album “Meet Virginia” managed to top Billboard’s Heatseekers and entered Canadian and ARIA charts.

In 2001, the band released their second studio album Drops of Jupiter. The single from that album “Drops of Jupiter (Tell Me)” became a big international hit. It reached the 5th spot on Billbaord Hot 100, where it stayed for 53 weeks, and on ARIA Charts. It was certified platinum by RIAA and ARIA.

The next two albums released by Train were slightly less successful, but in 2009, the band recorded another hit Same Me, San Fransicso. The LP made it into a variety pf charts, reached the 17th spot on Billboard 200 and sold just under a million copies in the US. The single from that album “Hey, Soul Sister” became a huge international hit, earning a substantial variety of platinum certifications.

In 2012, the band released a new album California 37, which was also very successful. The lead single from that album “Drive By” was just as successful as “Hey, Soul Sister”.

Train released 4 more albums, the latest one to date being A Girl, A Bottle, A Boat (2017). The band continues to write new songs and performs live.