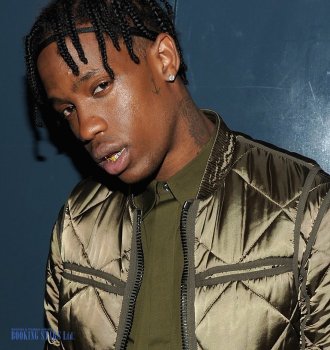 Jacques Webster was born on 30 April 1992 in Houston, Texas. Early on, he chose a pseudonym, Travis Scott.

When Travis was just 16 years old, he began working on his music career, making hip-hop its focus. Together with an old friend Chris Holloway, they founded a duo called The Graduates. In 2008, the group released a no-name EP and uploaded it to MySpace.

A year later, Webster and one of his school friends OG Chess formed a band called The Classmates. They released two albums: Buddy Rich (2009) and Cruis'n USA (2010). Webster was mostly producing the projects. The duo fell apart in 2012 due to disagreements about finances.

After finishing high school, Webster enrolled at a university but soon dropped out and moved to Washington in order to focus on the music career. His parents didn’t approve the rapper’s choice and stopped supporting him financially.

In Washington, Webster started working with an owner of a music website Illroots. Then he moved to New York. Travis had little money and had to sleep on the floor at his friend’s house. Four months later, he moved to Los Angeles, to continue pursuing his dream of becoming a famous musician.

In 2011, the owner of Grand Hustle Records, a rapper T.I., noticed Jacques’ track "Lights (Love Sick)" and invited the musician to his studio. T.I. wrote the lyrics to Webster’s track “Animal”. This helped the musician jump start his career.

In 2012, Webster announced the release of a debut mixtape called Owl Pharaoh. The leading single was Blocka La Flame". In March 2013, Scott recorded a music video for the song "Quintana". Five days later he made it to XXL magazine’s list “Freshman Class -2013.”

Owl Pharaoh came out in May 2013. To record the album, Travis worked with many famous artists, including T.I. and 2 Chainz. Soon the mixtape was nominated for a BET Hip Hop Award as "Best Mixtape".

In 2014, Webster recorded a hit song “Don’t Play”, which soon appeared on the radio. He also announced a new mixtape called Days Before Rodeo. In March, he went on a month-long The Rodeo Tour.

In the summer of 2015, Scott released a leading single from the upcoming album. "Antidote" reached the 16th spot of Billboard Hot 100. Sometime later, it was certified platinum by RIAA. Eventually, the album received three platinum certificates. The song helped Travis earn another BET Hip Hop Award.

In September 2015, Travis released his 1st studio LP Rodeo. It reached the third spot of Billboard 200 and topped Billboard Top Rap Albums chart. Two years later, it was certified platinum by RIAA. Travis Scott became so popular that he couldn’t accept any invitations to the fans’ private events and birthday parties.

In 2016, Webster released his 2nd studio LP Birds in the Trap Sing McKnight. The album topped Billboard 200 and earned a platinum certificate.

In 2017, Travis announced his plans to create a label called Cactus Jack Records to help aspiring musicians. The same year he went on a new tour, "Birds Eye View".

Travis Scott’s third studio album Astroworld is expected to be released in the summer of 2018.