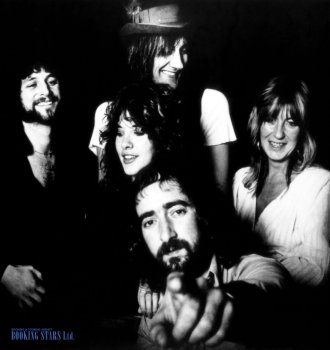 Tribe Of Gypsies were formed in 1991 by a famous rock musician Roy Z. Roy was interested in hard rock and worked with different hard rock and metal bands of the 1980’s. In the end of the 1980’s, Roy moved to Los Angeles in search of a new music style. He remembered his Latin roots (Roy’s last name is Ramirez) and decided to work in that direction.

In 1991, Roy recorded a demo album consisting of five songs. It was an order of the German label Dream Circle Records. The album eventually led to the formation of the band. The lineup of Tribe of Gypsies was finalized after the album was recorded. That year, Roy was joined by Dean Ortega (vocals), Eddie Casillas (bass), Dave Ingraham (drums), Doug Truck Booven (percussions), and Mario Aguilar (percussions). The band became popular and signed a contract with Mercury.

In 1993, a popular musician Bruce Dickinson left Iron Maiden and started looking for the musicians he could record a solo album with. Roy Z and several more Tribe of Gypsies band members turned out to be perfect. A year later, they recorded the LP Balls to Picasso. This was the beginning of a long and fruitful collaboration of Bruce Dickinson and Roy Z.

In 1993, Tribe Of Gypsies recorded their first studio album. However, it was released only 3 years later, after they left Mercury and signed a contract with a Japanese label JVC/Victor. The band released two more albums and then went to tour the USA with a popular group Santana.

The group became very popular in Japan and the USA. It wasn’t easy to book Tribe Of Gypsies. They were constantly either recording new songs or touring the country. Such tight scheduling didn’t allow the musicians to work on side projects.

In 1998, Ortega left the band and Roy Z replaced him with Gregg Analla from New Mexico. Together with a new group member, Tribe of Gypsies recorded Revolucion 13. The band continued working with Dickinson and helped him record such albums as Scream for Me Brazil (1998).

In 2000, the band recorded Standing On The Shoulders Of Giants also known as Tribe of Gypsies III.

In 2003, the band went through some lineup changes. Gregg Analla and David Ingraham were the only ones left from the pack. Roy Z welcomed Chas West and Dave Moreno. The band stopped working on their current album to help Dickinson, Roy, Perez, and Moreno record Tyranny of Souls (2005).

In 2006, the band released a new album Dweller on the Threshold. So far, this is the last LP recorded by the group. Roy Z continues working with other musicians, including Bruce Dickinson.