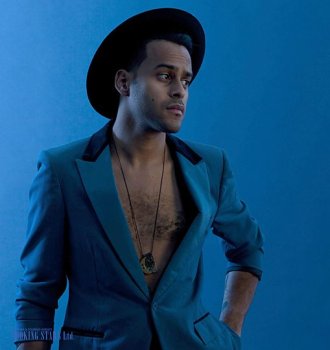 Twin Shadow’s real name is George Lewis Jr. He was born on 30 March 1983 in the Dominican Republic. When George was still a child, his family moved to the USA and settled in Boston. The first experience of stage performance George got back in school. He sang in the church choir. Lewis’ obvious talent and a strong will to succeed were the two necessary ingredients to make him a celebrity.

Twin Shadow’s career began in 2000 when he performed with a Boston band Mad Man Films. George worked alongside drummer Joseph Ciampini and bass guitarist Zak Longo. The group released two studio albums. However, they didn’t manage to become popular. In 2006, George made a decision to leave the band and move to New York to start a solo career, which was his dream all along.

It took George four years to find his personal style and sign a contract with a label. In 2010, the artist finally presented his debut LP, Forget, produced by Chris Taylor and Grizzly Bear. The album was recorded with the 4AD label. It climbed to the 24th spot of Billboard’s Top Heatseekers and reached the 26th position of Pitchfork’s Top 50 Albums of 2010. The album featured such hits as "Tyrant Destroyed", "Shooting Holes", "When We're Dancing", "Castles in the Snow", and "I Can't Wait". It wasn’t a big commercial hit, though. Only 11,000 copies were sold in several months. However, many fans started looking for ways to book Twin Shadow for private events.

George’s second LP, Confess, came out 2 years later, in July 2012. It climbed to the 54th spot of Billboard 200 and the 162nd position of Belgium’s Ultratop. Twin Shadow was slowly earning international recognition. The singer himself acted as a producer of the album, which featured such popular songs as "Golden Light", "Run My Heart", "When the Movie's Over", "Five Seconds", and "Patient."

In 2013, the musician decided to record a series of cover versions for popular songs. They included "I'm Not in Love", "There Is a Light That Never Goes Out", "With or Without You", "I'm on Fire", "Cupid", "Silent All These Years", and "Perfect Day".

In 2015, the artist released his third studio album, Eclipse. Again, he acted as his own producer. However, Shadow decided to change the label and signed a contract with WMG. The album reached the 175th spot of Billboard 200 and reached the 13th position on Top Alternative Albums. Among other songs, the album featured "Old Love / New Love", "Turn Me Up", "I'm Ready", and "To the Top". The same year, Shadow released a mixtape, Night Rally, which didn’t become commercially successful but was appreciated by the fans.

In April 2018, the musician presented one more LP, Caer. The album hasn’t make it into the charts just yet.

Twin Shadow often appears on television. Perhaps he is thinking about an acting career, which he got a taste of in the 2000’s when he performed in a Boston theater. George appeared on such shows as Late Night with Jimmy Fallon in 2011, Conan и Comedy Bang Bang in 2014, Late Show with David Letterman, Late Night with Seth Meyers, and The Late Late Show with James Corden in 2015.

The musician is also interested in the fashion business. His song "Live in Levi's" was created for an advertising campaign of Levi’s. It was performed at New York Fashion Week in 2016.

Lewis also tried a career of a writer. His book The Night of the Silver Sun didn’t become as popular as he planned but brought the artist personal satisfaction. 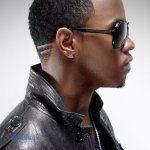