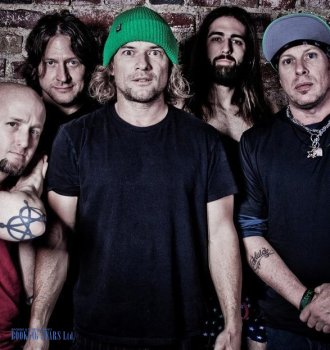 A rock-band Ugly Kid Joe began their career in 1990. The name of the band - Ugly Kid Joe - is a mockery of another band's name - Pretty Boy Floyd.

The musicians hold on to hard rock, rock, heavy metal and funk metal. They combine satire and rock in their lyrics and music. A logotype of Ugly Kid Joe is a painted Joe who shows a middle finger.

In 1990 Ugly Kid Joe had their first tour in America.

It is interesting to note that Black Sabbath band had a major impact on Ugly Kid Joe. The participants of Ugly Joe Kid launched several covers, including such famous hits as "Sweet leaf" and "N.I.B".

In 1991 their first album was marketed. It was a mini-version and it was called "As Ugly as they wanna be". The album included one of the most popular and commercially successful tracks of Ugly Kid Joe - "Everything about you".

It is still one of the most famous singles of the band. Regarding the album, it was called the most successful and sold mini-album in the world.

Critics and listeners duly appreciated "America's least Wanted" album. One of the critics even said that it was possible to listen to the songs all day long. The work got platinum status in the USA. The tour campaign for "America's least wanted" was a success too. The tickets were out of stock in the nick of time.

In 1995 Ugly Kid Joe marketed "Menace to Sobriety", which gained popularity in European countries, but met with a rebuff in their native land.

At that very moment the musicians decided to create their own music label called "Evilution Records".

Ugly Kid Joe disbanded in 1997. However, 12 years later the musicians made a decision to come out of retirement. In 2012 Ugly Kid Joe released an album under the name "Stairway to Hell".

The band still tours a lot and takes part in different festivals and concerts.