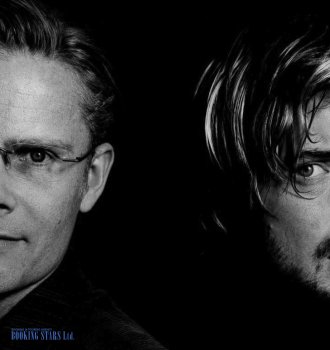 Vacuum is a Swedish band, which represents synthpop music genre. Group members are Mattias Lindblom and Anders Uollbek, who met in 1996 and formed a group.

The idea of ​​creating VACUUM belongs to the ex-member of the popular in the early 1990s. pop trio ARMY OF LOVERS, Alexander Magnus Bard (b. 1961), who, after light dance pop, decided to form a more serious group.

Lindblom's juicy baritone and his Viking appearance, combined with symphonic arrangements and lyrics about distant planets, space, religion did not go unnoticed, and the group quickly gained popularity, occupying the first positions in the charts of European countries (Sweden, Italy, Greece) and especially the countries of the former CIS (Russia, Estonia, Ukraine).

In 1998 in Russia, where the group performs quite often, about 2 million copies of VACUUM albums were sold, with the bulk of pirated production.

In the future, the group began to gravitate more towards pop style and dance music, moving away from the symphonic sound.

The second album, Seance At The Chaebol, used synthesizers instead of a symphony orchestra.

The third album Culture Of Night, released in 2000 under the Cheiron Studios label, contains several new compositions, as well as remixes of earlier things.

You can book a celebrity directly on our website!