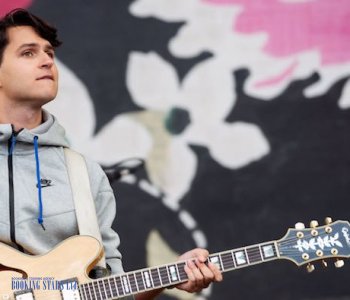 Musicians, who formed the rock band Vampire Weekend in 2006, met in Columbia University. They were big fans of punk and African music. Initially, the artists called the group Weekend, but it seemed too boring. So they added “Vampire” to attract more attention. At first, the band performed on small stages near the university.

After graduation, the musicians started working on a debut album. It’s worth noting that all of them had full-time jobs. Music was their hobby, which eventually turned into a career.

In 2007, the young artists released a song called "Cape Cod Kwassa Kwassa". It reached the 67th spot of the Rolling Stone magazine’s top-100 songs of the year list. Musicians managed to become popular thanks to their presence on social media. Information about the release of the debut album appeared long before it was ready. Many fans pre-ordered the LP online.

The Spin magazine called Vampire Weekend the best new group in 2008. It was the first band, which made it to the cover before releasing the first album. The LP, Vampire Weekend, came out the same year with the assistance of XL Recordings. Four tracks from the album appeared on the hottest song list of the Australian radio station, Triple J. The list was created after polling a hundred thousand listeners. Many fans wanted to book Vampire Weekend for private events at the time.

In the USA and the UK, the debut album became very popular as well. It reached the 17th spot of Billboard 200 and came in 15th on the UK Albums Chart. Songs "Oxford Comma" and "A-Punk" turned into big hits.

As the group started becoming popular, many fans and critics were utterly impressed with the ability of the band to mix African and American pop music. The second album appeared in January 2010. The musicians called it Contra. The lead single “Cousins” came out a year earlier and became a hit in both the USA and the UK. In the United States, the album was sold with three bonus tracks from a Mexican producer and DJ, Toy Selectah, who created remixes for Vampire Weekend’s songs. The album topped Billboard 200.

In January 2010, the artists gave an acoustic performance for MTV unplugged. A month after that, the band embarked on a tour of Europe and the UK with a successful Canadian duo, Fan Death. In the spring and summer, Vampire Weekend was regularly invited to many music festivals, including Coachella and All Points West in the USA, Glastonbury in the UK, Peace and Love in Sweden, and many others.

In 2011, the band presented a new single “Holiday”, which quickly became a hit and appeared in several commercials, including Honda and Tommy Hilfiger. The next single "Jonathan Low" became an official soundtrack for the movie, The Twilight Saga: Eclipse.

Contra was nominated for a Grammy Award as a best alternative album. However, the prize went to The Black Keys for their album Brothers. Fans started asking questions about the band’s plans for the next LP. However, the artists took a short break and worked on solo projects. In 2011, they announced plans for recording a third album.

For a long time, the band didn’t release too much information about the upcoming LP. In 2012, at a concert in Cleveland, the artists performed the new single, "New Song No.2”. Eventually, the title of the song was changed to “Unbelievers”. The third album finally came out in 2013. The artists called it Modern Vampires of the City.

After the release, the band members decided to go on another break. This time it was longer. The group came back in 2017 with concerts in California. Next year, the band members announced their plans for headlining a music festival in the UK, End of the Road.

At the beginning of 2019, Vampire Weekend released an abbreviation of the next album’s name. It was FTOB. The full name, Father of the Bride, became apparent later on. The LP came out in May 2019 with the assistance of Columbia Records and immediately topped Billboard 200. 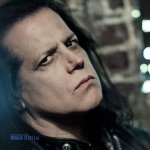 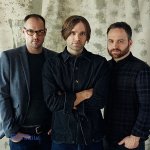