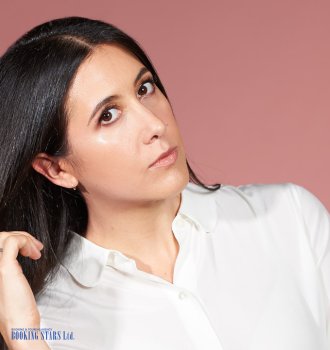 Vanessa Carlton was born in Nashville, Tennessee on 16 August 1980. Her father was a pilot and her mom taught music. Vanessa has a brother and a sister. Carlton’s mother taught her kids to love music since the earliest childhood. Vanessa listened to classics when she was still a baby. When Carlton turned two, she started playing the piano. Seven years later, she discovered ballet. For a long time, Vanessa dreamed of becoming a ballerina. At 14, she enrolled at School Of American Ballet. Carlton lived in a dorm, studied ballet, and found time for piano and songwriting.

The career in ballet didn’t work out. After graduating, Vanessa went to work as a waiter. The young woman was waitressing by day and singing in the local clubs by night, honing her music skills. After the performances, Carlton still found time to record music and create demo albums.

Eventually, the aspiring singer’s efforts were rewarded. In 2001, she signed a contract with A&M Records and began her singing career.

In 2002, the young woman recorded her first official single, “A Thousand Miles”. After its release, Vanessa woke up famous. The song topped Mainstream Top 40, reached the 5th spot on Billboard Hot 100, conquered Australia’s ARIA chart and settled on the 6th place of UK Singles Chart. Eventually, the single earned two platinum certifications in Australia and a gold one in New Zealand. The track was nominated for a Grammy in three categories. Even though it didn’t get the prize, the popularity was overwhelming.

In April 2002, Carlton recorded her debut LP, Be Not Nobody. It featured her debut single as well as two hits, “Ordinary Day” and “Pretty Baby”, which climbed to high spots on the world charts. The album itself settled on the 5th spot on Billboard 200 and climbed to the 7th position of UK Singles Chart. The LP was very popular in Asian countries. It sold many copies in Hong Kong, Taiwan, and Indonesia.

Carlton’s next studio album, Harmonium, appeared in 2004. It was much less popular than the debut LP but made it into American and Japanese charts. Less than 200,000 copies were sold in the USA (compared to 1.3 million of Be Not Nobody). The album featured a hit single, “White Houses”, which reached the 86th place on Billboard Hot 100. Even though her popularity seemed to be waning, many fans tried to book Vanessa Carlton for their private events. However, she was busy touring in support of the album.

In the next ten years, Vanessa recorded three more studio LPs, Heroes & Thieves (2007), Rabbits On The Run (2011), and Liberman (2015). The first two edged into Billboard 200 but the latter didn’t succeed. Heroes & Thieves featured the last Carlton’s single to date to make it into the charts. “Hands On Me” reached the 30th spot on US Adult Top 40.

In 2016 and 2017, Vanessa released two live albums, Liberman Live and Earlier Things Live. The second one was recorded under her own label, Victor Music.

Since the beginning of 2018, Carlton has been working on her 6th studio album. Its name and release date are yet to be announced.