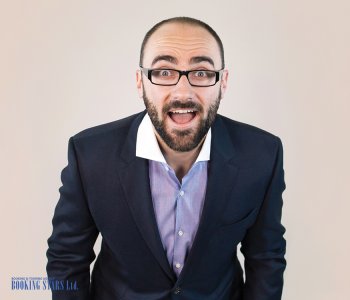 Vsauce was originally created by the member of The Key of Awesome team, Michael Stevens in 2007. Back then, Michael only made comedy and parody videos. Later on, several regular shows began on Vsauce. These shows included D!NG (things you can Do Online Now, Guys) but now there is a channel for D!NG which also uploads LÜT videos on that channel too, IMG! (a presentation of photographs), LÜT (cool things for sale) (now uploaded on D!NG channel), and DOT, where Michael asks a weird question (i.e. What is Cool?) and attempt to answer it while also targeting several other questions.

WeSauce is about fan-created content, with segments such as Your BiDiPi and JAM.

On June 24, 2010, Michael Stevens created the first Vsauce channel. The channel originally focused primarily on video games, before branching out into other topics such as science and education. As of recently, the channel focuses on education, with the primary educational segment, DOT., being broadcast since September 9, 2012.

Originally featuring a number of hosts, segments such as "IMG!" took over the channel which resulted in Michael Stevens becoming the sole host.

The name, Vsauce, was supposedly generated from using the fake website generator portion of the name generator at www.fakenamegenerator.com.

The channel began to gain some popularity in September 2012 after Bill Nye co-starred in the video, "Why did the chicken cross the road?". The channel gained 1 million subscribers in that same month.

Vsauce is the main channel and is hosted by Michael Stevens, and features answers to recurring scientific and philosophical questions such as "Is anything real?" as well as less asked questions such as "How much does the internet weigh?".

Michael Stevens has stated that he researches his information on Wikipedia as well as using academic papers.

WeSauce features fan-created content and shows it off. The channel features segments such as Your BiDiPi, JAM, Music LeanBack! and Riddle Challenge.

WeSauce, unlike the other three sister channels, has been inactive for over four years, with the last video on the channel posted on October 15, 2015.