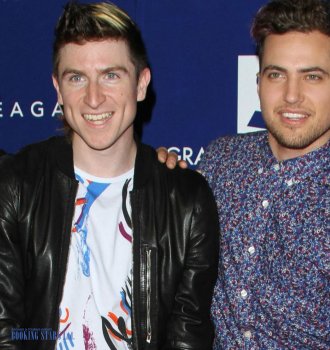 Walk The Moon was created in 2006 when Nicholas William Petricca decided to put together a band, in which he would be the lead vocalist. Two years later, the group independently released its first EP, The Anthem. Even though it wasn’t a big hit, the band managed to earn popularity on the local level.

In 2010, the band self-released its first studio album, I want! I want!, The lead single from the LP "Anna Sun" became a huge hit. It conquered the world charts. The song reached the 18th spot on US Bubbling Under Hot 100 Singles and climbed to high positions on Belgian and British charts. The single was featured in the movie Vampire Diaries.

The band started giving live concerts. In order to make an impression, they began painting their faces.

The success of "Anna Sun" allowed the group to sign a contract with RCA Records. In 2012, Walk The Moon recorded its second EP Anna Sun. In a few days, the single with the same name was released under RCA Records.

In the summer of 2012, the band presented their 1st commercial LP Walk the Moon, which featured “Anna Sun” as one of the singles. Two songs from the album were used in the contemporary video games. The LP reached the 36th spot on Billboard 200.

At the beginning of 2013, the band recorded another EP, Tightrope EP. The name came from the single, which was also featured in Walk the Moon. The EP reached the 54th position on Billboard 200 and the 12th spot on Billboard Top Alternative Albums.

Walk The Moon’s third LP Talking Is Hard appeared at the end of 2014. The lead single "Shut up and Dance" became an international hit and entered charts in 26 countries. The song earned six platinum certifications in Australia, four in Canada and three in the USA. In 2015, the single was nominated for Teen Choice Awards as "Choice Music: Party Song". The music video for the single was nominated for MTV Video Music Award. The LP topped Top Alternative Albums Chart.

At the end of 2015, the group recorded a new EP, Different Colors. The album featured a single with the same name. The band presented the song at American Music Award ceremony, where it received a variety of nominations, including "New Artist of the Year", "Favorite Pop/Rock Band/Duo/Group,” and "Favorite Artist -Alternative Rock." It also reached respectable positions on the USA and Canadian charts.

In spring 2016, the band had to cancel several concerts and private events due to Petricca’s health problems. Even though the band’s lineup changed several times, Petricca was its permanent member. At the end of the year, the band received several awards including "Vanguard Award" and two prizes from Billboard Music Award for "Shut Up and Dance".

In September 2017, the band presented the first single “One Foot” from its upcoming 4th studio LP. The song topped US Alternative Songs Chart.

The LP, What If Nothing, came out in November 2017. All 13 songs were written by the band members. The LP reached the 40th spot on Billboard 200. Right after the release, the group went on a supporting Press Restart Tour, which will be completed in April 2018. 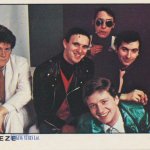