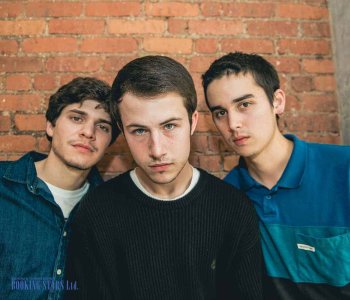 The first single "Wallows" was released in April 2017 even before the contract was signed. The single "Pleaser" ("Flatterer") peaked at No. 2 on the Spotify Global Viral 50 chart.

The four members of the band - Braden Lemesters (guitar and vocals), Cole Preston (drums), Elliot Rose (bass) and Dylan Minnette (guitar and vocals) formed the group as children while studying music development in southern California. The group was originally called "Join the Band". Over the next ten years, the musicians performed their works under various titles

In April 2017, the band released their first single, Pleaser, entitled Wallows. The song peaked at No. 2 on the Spotify Global Viral 50 chart. In May 2017, the second single "Sun Tan" was released. From that time on, the Wallows began performing regularly in Los Angeles nightclubs. The third single, "Uncomfortable", was released in September 2017.

In November 2017, the song "Pulling Leaves Off Trees" was featured on Zane Lowe's prestigious radio show on Beats 1. In the same month, the band embarked on their first North American headlining tour, which lasted until March 2018.

In February 2018, Wallows signed to Atlantic Records. In April 2018, the debut mini-album "Spring" was released. Atlantic's first single was Pictures of Girls, their first release on Atlantic.

The second single to promote the mini-album was the track "These Days". The band's first full-length album "Nothing Happens" was released on March 22, 2019. The first single of the album was the composition "Are You Bored Yet?" ("Are you bored already?"). Immediately after the release, the band embarks on a tour of the United States on a very tight schedule - about 50 concerts over three months.