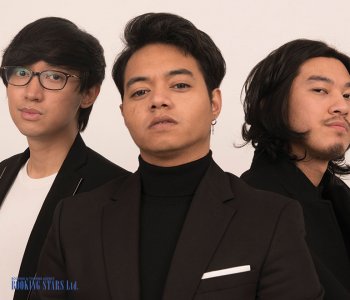 Weird Genius is an Indonesian DJ and record production group based Pop music, EDM, and synth-pop consisting of three members are Reza Oktovian, Eka Gustiwana, and Gerald Liu. This group was formed in 2016 and released their first song in 2017 with the title DPS.

Weird Genius started composing music together in 2016. Previously, they already had their respective projects. As soon as they decided to join, all their abilities poured fully into this collaborative endeavor. They take inspiration from anywhere about love to life, social to gaming. When asked about the description of Weird Genius' music, they described it as hard, upbeat, pumping, crazy-drop. This style of music that they deliberately built from the beginning.

However. on 25 September 2019, Billy Taner decided to leave the group and was eventually replaced by Gerald Liu.

On 30 June 2020, Spotify released a press release stating that the song "Lathi" has broken a new record as a local song that has topped the # 1 longest chart for 6 consecutive weeks on Spotify Indonesia's Top 50 Chart.

On 31 July 2020, Weird Genius have collaboration single with several international DJs to collaborate on music, including Yellow Claw featuring Reikko  with the title track "Hush".

The day after that, they released a collaborative song with League of Legends: Wild Rift, called "All In" and for vocals they collaborated with Singaporean singer, Tabitha Nauser.