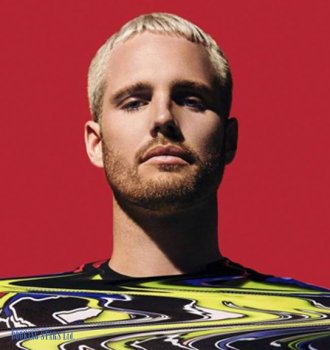 What So Not
Page: Booking Stars Ltd.

What So Not – Australian music project

What So Not was created in Sydney by the Australian producer Emoh Instead (real name Chris Emerson). Initially, another music producer and DJ Flume was part of the project. The group appeared in 2010.

In 2011, the musicians released their debut EP, which they called 7 Dollar Bill. It featured such songs as "7 Dollar Bill", "Get Busy Y'All", "Love Theme", and "Imperial". The album’s guests were Peking Duk, Tom Piper, Major Lazer. None of the songs made it into the charts and neither did the EP.

Two years later, in May 2013, the musicians recorded their second EP, The Quack (WSN Club Dubs). At that time, they worked with the OWSLA and Sweat It Out! labels. The album featured only two songs, - "The Quack (Club Dub)" and "High You Are (Club Dub)". Even though the album was fairly successful on the local level, it didn’t manage to appear on the charts.

In June 2013, the group presented a new EP, The Quack. The standard version of the EP featured three singles, "Every Time You See Me", "High You Are", and "Like This Like That". Even though the album’s guests were Action Bronson, D Mac, Deize Tigrona, and Blood Diamonds, it didn’t become very popular.

A year later, Flume left the project, and Emoh recorded another EP, Gemini. The musician still works with OWSLA and Sweat It Out! The tracklist featured singles "Death Drive", "Gemini", "Oddity", "Arrows", and "Intro". The singer asked such artists to help him record the EP as Dawn Golden, Dillon Francis, KLP, and Tunji.

In September 2016, What So Not released a new EP, Divide & Conquer. The album featured such hits as “Montreal”, recorded together with Kimba, "Divide & Conquer", "Adieu", "Lone", recorded with GANZ and JOY, "Severance", "Trust" with Burns and "Buried" with George Maple and Rome Fortune. It became the project’s first album to make it into the charts. The EP climbed the 19th spot on ARIA Charts and settled on the 14th position of Billboard’s Dance/Electronic Albums Chart. The artist’s work was highly rated in the electronic music industry.

In May 2018, the artist released one more remix collection. It featured three versions of the single “Beautiful”, recorded with Winona Oak. The songs were marked as Volac Remix, ZEKE BEATS Remix, and Kaz James Remix.

In 2018, What So Not presented its first LP, Not All the Beautiful Things. The album’s guests were Toto, Dyro, Daniel Johns, Skrillex, San Holo. A year earlier, the artist recorded promo singles, "Be Ok Again", "Stuck In Orbit", and "Beautiful". The LP settled on the 14th spot of the ARIA Chart and came in eighth on Billboard’s Top Dance/Electronic Albums Chart. Many fans tried to book What So Not for their private events at the time.

While working on new albums, the group attended such festivals as Pukkelpop, Ultra Music Festival, Coachella Valley Music and Arts Festival, and Lollapalooza.

What So Not continues recording new songs and performing live.

Book What So Not

Cost to book What So Not:
Price inquiry
What So Not booking agent:
Contact agent
Contacts:
Send What So Not a message
« previous next »