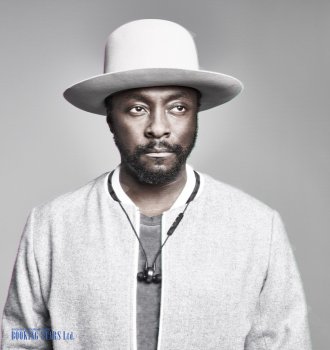 Will.I.Am is a famous music producer and hip-hop artist. He is the founder and leader of the cult hip-hop group The Black Eyed Pease.

Unchanging braids, a smile with 32 snow-white teeth and eternal restlessness - this is what Will.i.am fans of The Black Eyed Peas know. Will.i.am isn't just a member and co-founder of this super popular band. He is a successful rapper, lyricist, producer and fashion designer. And all these high-profile titles do not prevent him from still wearing pigtails and fooling around.

William never saw his father. The upbringing of the boy (as well as three more children in the family) was raised by his mother Debra Adams and grandmother Sarah Kane.

Debra Adams worked for the Keeping kids outta gangs community center - "Keep kids away from gangs." William also started working there at the age of 18. Largely thanks to the efforts of the mother and this center, Adams did not get into a criminal gang (and at that time it was very fashionable among young people).

In 1993, William graduated from Palisades High School and began to conquer musical heights.

Back in the late 1980s, with their friend Alan Pineda (or Apl.de.ap), they started rapping and performing in and around Los Angeles. Later, William and Alan were joined by their friend Dante Santiago and, calling themselves Atban Klann, the guys signed their first contract with Eazy-E's Ruthless Records. In 95, after the death of Eazy-E, the trio changed their name. Will.i.am recalls that the "vegetable" name The Black Eyed Peas was inspired by the name of another super popular band at the time, the Red Hot Chili Peppers. Will.i.em's credit for the massive success of The Black Eyed Peas is colossal: he not only wrote most of the lyrics for the band, but also produced most of the albums.

In addition to the insane popularity Will.i.am achieved with the Black Eyed Peas, he has always strived to fulfill his personal musical ambitions. He has several successful solo albums: Lost Change (2001), Must B 21 (2003), Songs About Girls (2007), #willpower (2013). He is the author of the main theme song for the American animated series Samurai Jack. Among his other solo projects is the song Secret: Dexter's Lab for Dexter's Laboratory. In 2004, Will.i.em wrote the song Go for the video game NBA Live 2005. And in 2005, together with guitarist Carlos Santana, the musician recorded I Am Somebody for his album All That I Am.

Over the years, Will.i.am has founded his own record label Will.i.am Music Group, which records such stars as Sergio Mendes, Macy Gray and his Black Eyed Peas co-star Fergie. Then Will worked with Michel Jackson himself on the return album of the legendary musician. In addition to collaborating with Rihanna, Hilary Duff, Ludacris, Fabolous, Pussycat Dolls and Nicole Scherzinger, who Will.I. helped in the recording of the first solo album, Her Name is Nicole.

In 2012, the song Reach for the Stars, written by Will.i.em, was transmitted to Earth from Mars using the Curiosity rover.

Some of Will.i.em's talents are known only to the most dedicated fans. For example, among the musical instruments that he owns are keyboards, basses, clarinet and drums. Also, few people know that even before the Black Eyed Peas, Will graduated from the Los Angeles Institute of Design and Merchandising (Fashion Institute of Design & Merchandising) and then himself came up with costumes for the band members. In 2001, he started developing his own clothing line under the i.am clothing brand. The official debut of the collection took place in 2005 at the show in Las Vegas (Las Vegas). Since 2007, having teamed up with the Blue Holdings brand, Will.i.am began working on the i.am Antik denim collection.

It is known that (as of 2020) Will.I.Am lives in Los Angeles with her mother Debra, grandmother Sera, brother Carl and sister Celeste.

As for the artist's girls, he always preferred a serious relationship, but he was not interested in one night's affairs. In the media, you can find information that William had a girlfriend in 2005 and 2010, but there is no more detailed information.

Will.I.Am is a great choice for your event! Book a legendary singer on our website online!