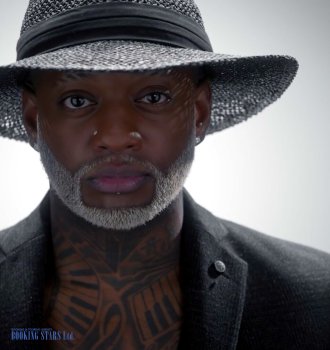 Willy William was born on April 14, 1980, in Mauritius. He is a singer, songwriter, actor, and a producer. William is mostly famous for such hits as “Te Quiero” and “Ego”.
Willy William is also a DJ well known or his club work, remixes, and collaboration with many celebrities.

William became famous after the hit song “B Boyz Shake da Body”, which he wrote together with DJ Flex. After that, Will worked with such celebrities as Les Jumo, will.i.am, and more. In 2014, together with Tefa & Moox, Will recorded a Jamaican cover version to Sting’s “Englishman In New York”.

In 2016, Williams released his first solo album Une seule vie. The LP reached the 12th spot on the French Album Chart and 87th spot on one of the Belgian charts. The single from this album "On s'endort?" reached the 63rd spot on the SNEP chart.

Williams is mostly known for his work with other celebrities, rather than for his solo records. He performed as a featured artist in such songs as Les Jumo’s “C Show”, DJ Assad’s “Li tourner”, and Les Jumo’s "L'Italienne". Will doesn’t just do remixes, he adds his own vocal parts, which make the songs get a new sound. He currently works on new hits and plays dance music for clubs and discos.