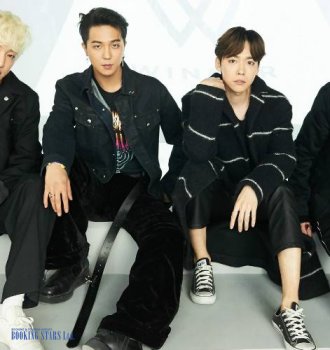 The South Korean band Winner was formed in 2014 in Seoul by YG Entertainment., Initially, the lineup included five vocalists, Jinwoo, Mino, Seunghoon, Seungyoon, and Taehyun. The latter left the band in November 2016 due to personal reasons. Since that time, the musicians perform as a quartet, which doesn’t hinder their popularity.

The label began looking for band members back in 2010. The group’s leader Kang Seungyoon made it into quarterfinals of the talent show Superstar K2. After that, he was offered a contract with YG Entertainment. Initially, he tried to pursue a solo career but didn’t achieve the desired results. Lee Seunghoon participated in the reality show K-Pop Star 1 in 2012. Song Min-ho, better known as Mino, worked for several boy bands, including Block B and Y2Y. He also appeared on the TV show Strongest K-POP on Channel A. After that, YG Entertainment offered him a contract. Kim Jinwoo performed in Joy Dance Plug In Music Academy project and started working with the label in 2010. Nam Taehyun passed the audition in 2011.

The band was called Team A when they first showed off their skills at the music show WIN: Who Is Next on Mnet. In October 2013, they conquered Team B. That’s when the label decided to call the group Winner. After the band’s debut during the show, they were invited to perform at Big Bang’s Japanese tour. A little later, they appeared on a reality project, Winner TV, which was filmed by the label to promote the group.

As Team A in 2014, the band also participated in the YG Family – Power World Tour, arranged by the label. All label’s contract musicians were part of the tour. In August, the band released its first LP, 2014 S/S. It earned positive reviews from the critics and topped South Korea Gaon Album Chart and Billboard’s World Albums Chart. The album climbed to high spots of Japanese and Taiwanese charts as well.

The album had an impressive commercial success. It sold 92,000 copies in South Korea and 45,000 in Japan. The songs "Empty" and "Color Ring" became huge hits. The first one topped South Korea Gaon Digital Chart and the 2nd settled on the third position. At that time, many organizers approached YG Entertainment to book Winner for private events. However, the group was mostly busy recording new songs, performing live and touring.

In 2014, the artists went on Zepp Tour to Japan. They visited Japan the next year as well, trying to win over the hearts of new Japanese fans.

In February 2016, the group presented its first EP, EXIT: E. It topped the national charts and appeared on the 2nd spot of Taiwan G-Music Weekly J-POP Charts and Billboard’s World Albums Chart. In August, the artists released their first live album, 2016 Winner Exit Tour In Seoul Live CD. It came in 4th on the official South Korean chart. The same year, the group appeared on the TV show Half-Moon Friends, which aired on JTBC.

The year 2017 was busy for the group. The musicians worked on Youth Over Flowers show on tvN and went on Exit Tour. The same year, they recorded two single albums, Fate Number For and Our Twenty For. The first one topped South Korea Gaon Album Chart and made it into top-10 of Japanese and Taiwanese charts. The second came in third on the national chart and appeared on a chart in France. In South Korea, the albums sold 66 and 57 thousand copies accordingly.

In 2018, the group released one more single album, Millions, and two LPs, EVERYD4Y and Our Twenty For (for Japanese fans). The second LP turned out to be very popular, reaching the top -10 of numerous charts. To support the albums, the artists went on Japan Tour 2018 ~We'll always be young~ and Everywhere Tour. 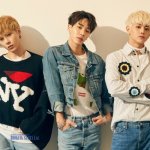 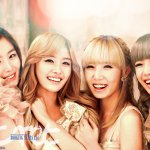