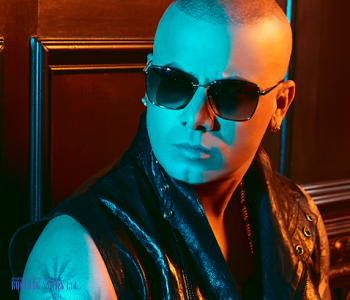 Wisin is half of the superstar reggaeton duo Wisin & Yandel, who enjoyed mainstream breakthrough success with Pa'l Mundo (2005). Born Juan Luis Morera Luna on December 19, 1978 in Cayey, Puerto Rico, he and Yandel began performing as a duo in the late '90s and made their album debut in 2000 with Los Reyes del Nuevo Milenio. They later made the jump to a major label in 2003 with Mi Vida... My Life, their first for Universal subsidiary Machete Music. Pa'l Mundo then catapulted them to international mainstream success in 2005 and was certified gold by the RIAA. The record even charted in Japan and China. Subsequently, Wisin & Yandel established their own label, WY Records, and presented an affiliate group, Los Vaqueros.

The run of the duo's hit records, both albums and singles, continued, with 2007 a watershed year. They issued a new studio date, Los Extraterrestres, as well as a live offering and several collections of singles and B-sides, and undertook a global tour. They also appeared on the compilation Caribbean Connection, which featured Daddy Yankee, Inner Circle, Elephant Man, and Don Omar. They were awarded a Billboard Latin Music Award in the category of Latin Rhythm Album of the Year, Duo or Group.

The year 2009 saw the release of the chart-topping live set La Revolución, which featured 50 Cent as a guest on the single "Mujeres in the Club." In 2011, the rapper made a return appearance on the duo's Los Vaqueros: El Regreso, as did T-Pain, Sean Kingston, and a host of artists from their label. The album debuted in the Latin Top Ten and eventually claimed the top spot on the Latin albums charts -- their fifth to do so. Their most collaborative date yet was released in 2012; Líderes featured guest spots from Chris Brown, T-Pain, Jennifer Lopez (who appeared on the first single "Follow the Leader"), and Daddy Yankee (who appeared on the third single, "Hipnotizame"). It too reached the top spot on the Latin albums chart.

Rumors began to spread in 2013 that Wisin & Yandel were about to split, and credence was lent when Yandel issued De Líder a Leyenda. It was followed by Wisin's solo single "Que Viva la Vida," which preceded his album El Regreso del Sobreviviente. The long-player hit number three on the Latin albums charts. The duo eventually downplayed rumors of the split and claimed to be working on a new track together at the end of 2014 -- though Wisin maintained a busy schedule that year without Yandel. The single "Adrenalina," a collaborative effort with Jennifer Lopez and Ricky Martin, and his own single "Control," featuring Chris Brown and Pitbull, were both issued that calendar year.

In 2015, the single "Nota de Amor" (featuring Daddy Yankee and Carlos Vives) appeared as a precursor to the full-length Los Vaqueros: La Trilogía, which was issued in the fall. The album didn't offer an appearance by Yandel, but it did feature a star-studded cast that included Prince Royce, Farruko, Plan B, J Alvarez, Tito El Bambino, and Arcángel. Wisin returned in 2017 with the single "Escápate Conmigo," featuring Ozuna. The track peaked at number three on Billboard's Hot Latin Songs chart and appeared on the full-length Victory, released later that year.

In February of 2018, Wisin & Yandel announced their formal reunion and played Madison Square Garden in June during Puerto Rican Day Parade weekend in New York City. They were also recording. In October, the single "Reggaetón en lo Oscuro" was issued as a pre-release single for their tenth full-length, Los Campeones del Pueblo (The Big Leagues), which appeared in December and featured seven collaborations in its 14-track set list, including "Dame Algo" (feat. Bad Bunny), "Deseo" (feat. Zion & Lennox), "Aullando" (feat. Romeo Santos), and "Collao" (feat. Ozuna). The full-length peaked at number two on the Top Latin Albums; the duo followed it with a tour.

Despite the reunion, both men continued with solo activities. Wisin made dozens of collaborative appearances on others' recordings and issued his own singles at a steady clip. Of the five solo titles he released in 2018, two --"Quisiera Alejarme" (feat. Ozuna and CNCO, and "Si Me Das Tu Amor" (feat. Carlos Vives) -- topped the Latin Songs chart. He released seven singles in 2019, with "Boogaloo Supreme" (feat. Victor Manuelle) reaching number five on the Tropical Songs chart.

In 2020, despite a global pandemic, Wisin managed to release a dozen singles under his own name -- in addition to many guest spots. The singles "Gistro Amarillo" (feat. Ozuna) and "Enemigos Ocultos" (feat. Arcángel, Juanka, and Cosculluela) peaked well within the Top 20 at streaming while registering hundreds of millions of views on YouTube. In addition, Wisin announced the creation of his own label, La Base Music, in June. He was inspired to become a resource and mentor for younger talent following stints as a coach on reality TV shows La Voz and La Banda. In early October, "Mi Niña" (feat. Myke Towers and Los Legendarios), charted at streaming, while the 2017 solo outing Victory re-entered the Top Latin Albums charts in late September.

How much does it cost to book Wisin:
Price inquiry
Wisin booking agent:
Contact agent
Wisin Contacts:
Send Wisin a message
« previous next »