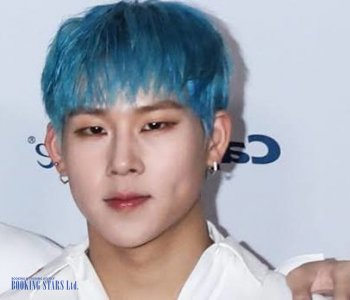 After four years of recording and touring as part of K-pop outfit MONSTA X, South Korean vocalist WONHO made his solo debut after leaving the group in late 2019. Following successful singles "Losing You" and "Open Mind," WONHO swiftly landed atop the Korean charts with his debut EP, Love Synonym Pt. 1.

Born in Sangbong-dong, South Korea, musician WONHO (real name Lee Ho-seok) kicked off his career in the mid-2010s, as part of Starship Entertainment group Nu Boyz. After a year with the group, WONHO was selected as a founding member of Starship's new venture, MONSTA X, which was formed through the competition show No.Mercy. Through the mid- to late 2010s, WONHO recorded five studio albums and seven EPs as part of the group, regularly landing at the number one spot on Korea's Gaon Charts. Towards the end of 2019, the musician was removed from the MONSTA X roster due to a number of money and drug-related charges, which were proven to be false after a five-month investigation by the Seoul Metropolitan Police. With his name cleared, WONHO began promoting as a solo artist in 2020. After finding success with the single "Leaving You," the vocalist released his debut EP, Love Synonym Pt. 1: Right for Me, in September 2020.