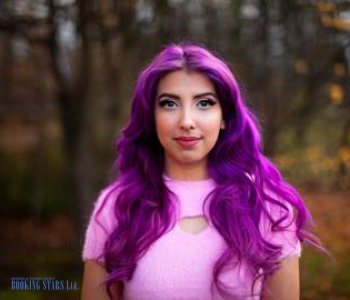 Yammy Xox, is a ‘Let’s Play’ gamer who plays Minecraft, Sims and Call of Duty. Her YouTube channel has become a solace for most of the teen Minecrafters out there. Yammy is not only a super-creative crafter, but also a hilarious collab-buddy when caught with her crew, the ‘Pixel Pact’. One of the awesome things about this crew is that it usually runs ‘Crazy Craft 3.0’, and it is played along with its creator LDShadowlady. Yammy is pretty serious about being incognito about her real life. The most we could see is her gaming setup at home and it is humbling how a famous YouTuber like herself uses a cost-efficient setup to own the hearts of over 700 thousand subscribers. She also plays other funny Indie-games or mini games she comes across while surfing the web and streams it on her Twitch account for her fans to see. She also makes some interesting plays on games like, ‘Sims’ and ‘Garry’s Mod’.

Like most YouTubers, Yammy started uploading gameplay videos on YouTube to use it like a journal. Although she always enjoyed interacting with people, she turned to gaming in an attempt to phase out from reality. In 2015 August, her witty commentary and daunting moves got her all the attention she deserved from the popular Mincraft crew, the ‘Pixel Pact’. Her channel is now one of the most tweeted ones when it comes to Minecraft. Before all this, she actually wanted to play Minecraft and create a ‘Minecraft Eden’ as the ‘Eden Project’ is happening in England. This was her first single-player series.

Yammy Xox is a fun-loving and empathic person, who speaks her mind and is honest about her opinions. Generally while playing games, instead of commenting on the video she is posting, she talks about a gamer’s life in general. One of her videos even features Shakira doing a set of quirky challenges. To sum this all up, she’s not only the kind goddess of ‘Pixel Pact’, she is also a slight-of-hand veteran when it comes to FPS games like ‘CS:GO’ and ‘Call of Duty’. Almost all such games are played mostly by guys during the1990s, but it is a new era of digital age where people like Yammy are turning the tides.

On 9 March 2015, Yammy revealed and confirmed on her Instagram account that she had a teenage pregnancy. The post shows a picture of her current boyfriend Kayle a.k.a Koil1990 holding a baby boy who might be less than 6 months old at the time the picture was taken. The baby boy’s name is Dante. Dante is now thought to be about 5 or 6 years old. Yammy also speaks of her brothers in one of her videos but kept their names hidden. Yammy’s favorite drink is Dr.Pepper and her favorite food is Chicken Nuggets. She used to have a dog named Sansa, it was a Lhasa-Poo.