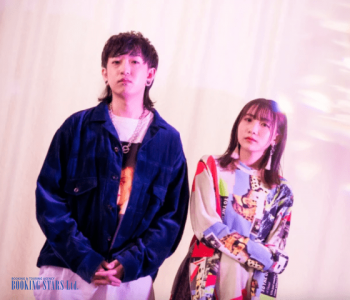 Dynamic J-pop duo Yoasobi made a rapid rise to success at the end of 2019 with their debut single, "Yoru ni Kakeru," which eventually topped the Billboard Japan Hot 100 chart and was certified platinum.

Over the course of 2020, they issued four more singles in advance of their full-length debut.

Specializing in Vocaloid music (a type of synthesized voice software), producer Ayase had already earned a following on his own with a 2018 single, "Sentensei Assault Girl," and subsequent solo EP, while singer Rira Ikuta, known professionally as Ikura, already had two of her own EPs out.

The pair teamed up in late 2019 under the name Yoasobi to record "Yoru ni Kakeru," a song based on a short story by Japanese writer Hoshino Mayo.

After going viral on Ayase's YouTube site, the single version topped several streaming platform charts and by June 2020 had also hit number one on the Japan Hot 100 chart.