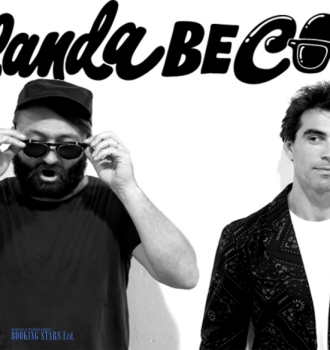 Yolanda be Cool is a band, which was established in Australia in 2009. The lineup includes Andrew Stanley and Matthew Handley. The duo is mostly famous for their songs “We No Speak Americano” and “Sugar Man”. They are also known for various remixes, including Cyndi Lauper’s “Girls Just Want To Have Fun”.

The name of the band comes from a scene in Pulp Fiction, where Samuel Jackson’s character Jules Winnfield screams at Yolanda to “be cool” during a robbery at the diner.

In 2009, the band recorded their first two singles “Afro Nuts” and “Holy Cow”. The songs were received well by critics but didn’t manage to get into the charts.

In 2010, after getting together with an Australian producer DCUP, the band recorded their hit single “We No Speak Americano”. This single became the most successful work by Yolanda Be Cool so far.

It reached the 4th spot on ARIA chart, 29th spot on Billboard Hot 100 and topped UK, Belgium, German, Netherland, and many more European charts. It received platinum certifications in eight countries. ARIA certified the song platinum twice. The song was named the hit of summer 2010.

The band released two albums Ladies and Mentalmen (2012) and Je Suis Music (2016). The albums weren’t bit hits. Neither was a variety of non-albums singles the band released. Their best works come from the collaboration with DCUP. As soon as they returned to working together in 2014, they managed to release two more hit singles. “Sugar Man” reached the 15th spot on the ARIA chart and “Soul Makossa (Money)” managed to reach the 11th spot on Belgium Singles Chart.

In 2016, the band released another song with DCUP “From Me To You” but it wasn’t as successful as their previous work with the producer. The duo continues to write new songs and performs live.

Book a celebrity online on our platform! Fill in the application form and enjoy the concert of your favorite band!