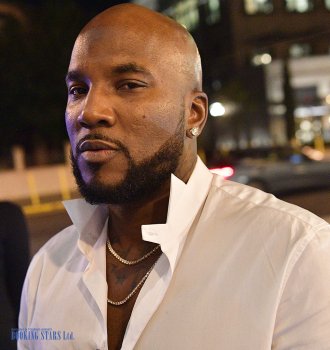 Young Jeezy’s real name is Jay Wayne Jenkins. He was born on 28 September 1977 in Columbia, South Carolina. After his parents’ divorce, the boy moved to Atlanta, where he lived with different relatives. In many interviews, the artist called his youth an empty period in his life.

In 1994, the singer was detained in the Youth Challenge Academy. He was arrested for drug possession. After leaving the Academy in 1998, Jay pulled himself together and decided to forget about crime and dive into the world of music. Three years later, he released a debut album, Thuggin' Under the Influence (T.U.I.), created by his own label CTE World. At that time, he performed under the pseudonym Li’l J. The album’s guests were Lil Jon, Kinky B, Freddy J., and Fidank. It featured popular songs "Swerve", "Right Here, Right Now", "Welcome", "Put da Whip on It", and "Dubbs and Brikks." The LP came in 5th on Billboard 200.

Two years later, the musician came up with one more independent album, Come Shop wit Me. It featured 26 songs, among them were "Can U Smell", "22's or Better", "We Can Play the Game", "Ain't A", and "Come Shop wit Me".

In 2005, Jeezy released his first official LP, Let's Get It: Thug Motivation 101, created with labels CTE and Def Jam. The album was recorded together with a popular rapper Jay-Z. It came in 2nd on Billboard 200, which was a big success for the artist. It featured such hits as "Go Crazy", "My Hood", and "Soul Survivor". The single "And Then What" became very successful and earned two platinum certifications in the USA. After the album came out, many clubs and organizers tried to book Jeezy for numerous private events.

A year later, the rapper released another successful LP, The Inspiration. It featured songs recorded with R. Kelly and Keyshia Cole. The album topped Billboard 200 and Top R&B/Hip-Hop Albums Chart. Singles “I Luv It" and "Go Getta" earned platinum certifications.

In 2008, the singer came up with another studio album, The Recession. It topped Billboard 200 and Top R&B/Hip-Hop Albums Chart. The LP also became popular in Canada, climbing the 6th spot of the Canadian Albums Chart. The lead single “Put On”, recorded with Kanye West, came out in June 2008 and became platinum twice. Another promo single “Vacation” reached the 56th position on Top R&B/Hip-Hop Albums Chart. Other popular songs featured in the album were "Crazy World", "My President", and "Who Dat."

In 2011, Jeezy released one more LP, TM:103 Hustlerz Ambition. The album featured the work of such popular artists as Ne-Yo, Plies, Snoop Dogg, Drake, Bun B, Eminem, Jadakiss, Fabolous, T.I., Jill Scott, Jay-Z, 2 Chainz, André 3000, and Wiz Khalifa. It climbed to the 3rd spot of Billboard 200 and sold 233,000 copies in the first week after the release. Later, the album earned a gold status from RIAA.

The next LP, Seen It All: The Autobiography, appeared in 2014. It came in second on Billboard 200 and sold 121,000 in the first week. The album’s guests were Jay-Z, Rick Ross, Future, August Alsina, The Game, Lil Boosie, and Akon.

A year later, the rapper presented another LP, Church in These Streets, which featured such popular songs as "God", "Church in These Streets", "Gold Bottles", and "Sweet Life". The album settled on the 4th spot of Billboard 200 and sold 98,000 copies in the first week after the official release. To record the LP, Jeezy invited Janelle Monáe and Monica.

One more album, Trap or Die 3, came out in 2016. It featured Bankroll Fresh, Yo Gotti, Lil Wayne, French Montana, Plies, and Chris Brown, who helped record such hits as "In the Air", "It Is What It Is", "Going Crazy", "All There", and "Bout That". The LP topped Billboard 200 and USA rap charts.

In 2017, Jeezy presented Pressure. The LP wasn’t as popular as his previous work. The singles didn’t make it into the charts, but the album itself climbed to the 6th spot of Billboard 200.