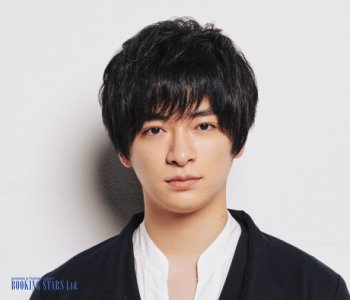 Yuuri -  is a singer-songwriter with a powerful singing voice who can sing every song as "the world of Yuri".
In June 2019, she will start posting singing videos on Instagram, Twitter and TikTok. Her singing video is spread on SNS and YouTube and attracts her attention.
She ranked 4th overall in iTunes for "Hide and Seek" delivered on December 1, 2019, and 10th overall in iTunes for "Kagome" delivered on February 28, 2020, and entered the top 10 iTunes overall for 2 indie songs in a row. Fulfill.
"Kakurenbo" has exceeded 24 million MV views, is No. 4 on the Spotify viral chart, No. 6 on the LINE MUSIC BGM & Chaku-Uta TOP100, has entered the trend search of Apple Music, and songs are used one after another for video posting on TikTok. Is happening.
August 9, 2020 Major view with her limited-edition single "Peter Pan". She topped the iTunes rock chart. With her electric comic and Ichiro Yatsui as her first director, the music video produced by the up-and-coming dancer yurinasia became a big topic.
On October 25, 2020, "Dried Flower", which is an after-story depicting "She" sung in "Kakurenbo" during the long hit, from a female perspective, and "Kakurenbo-From", whose singing voice attracted a lot of attention. "THE FIRST TAKE" is released at the same time. "Dried Flower" is No. 1 in Apple Music Overall Top Song Ranking, No. 1 in Apple Music TOP100 JAPAN, No. 2 in Oricon Weekly Streaming Ranking, No. 5 in Oricon Weekly Total Single Ranking, No. 1 in Billboard Japan Streaming Songs Chart "Streaming Songs", Billboard Japan HOT 100 ranked 4th. In addition, LINE MUSIC song Top100 No. 1, LINE MUSIC Japanese music Top100 No. 1, LINE MUSIC BGM & Melody Top100 No. 1, LINE MUSIC November / December monthly ranking No. 1 four crowns, Spotify Japan soaring chart No. 1, AWA real-time soaring song 1 No. 1, Tik Tok's popularity soaring music ranking No. 1 and 18 crowns on each distribution site. On the Billboard JAPAN Streaming Songs chart "Streaming Songs" dated January 27, 2021, the cumulative total of streaming has exceeded 100 million times. In the 13th week of the release, the number of replays exceeded 100 million times, which was the 3rd place in the history of the Billboard Japan chart and the feat of "the fastest male solo artist in history".
He is a hybrid artist of a new era who is paying attention to his future activities.