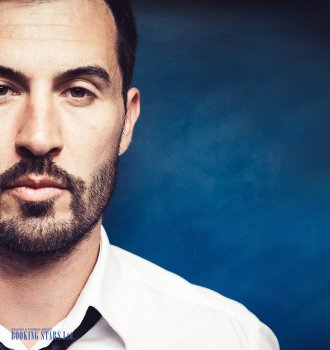 Yves Larock was born on July 18, 1977, in Switzerland. He is a famous DJ and producer mostly known for such singles as “Zookey”, “Rise Up”, and “By Your Side”. Overall, Larock recorded 5 solo singles and three studio albums.

Yves Larock (real name Yves Cheminade) was born in the French part of Switzerland, where the cultural influence of France is very much felt. Just like most French DJs, Larock used to like hip-hop. However, by the time Yves was in his late twenties and was ready to create his own songs, he became interested in house music with African and Caribbean elements.

His first record “Aiaka’ was a failure and wasn’t noticed by the critics. However, his second single “Zookey (Lift Your Leg Up)” became a huge club hit. It sold 150,000 copies in Switzerland. The main reason for the single’s success was the approval of Bob Sinclair. The artist didn’t just help Larock sign a contract with his label Yellow Productions but also recorded a remix to the song. Such attention from a famous artist allowed the single to become very popular.

At one point of his career, Yves Larock joined Africanism All Stars. This project features a variety of DJs that record music inspired by African-based artists and acts. The project includes such celebrities as Bob Sinclair, David Guetta, and Joachim Garraud.

In 2007, Larock released his second single “Rise Up”, which became his most successful song so far. The single reached the 58th spot on ARIA chart and 13th spot on the UK Singles Chart. It also entered a variety of European charts.

After recording the hit single, Larock turned into a pop music star. In 2008, he released his first studio album Rise Up. The album reached the 94th spot on the Swiss Albums Chart. He went on to record two more albums Manego (2009) and Milky Way (2011). These LPs didn’t manage to make their way into the charts. Yarock is dreaming of conquering Billboard Charts. He is currently working on new songs and performing live.