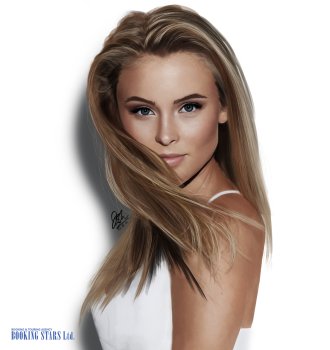 This young but incredibly talented singer and songwriter was born on the 16th December 1997 in Stockholm, Sweden to the family of Agnetha and Anders Larsson. Zara has a younger sister named Hannah. From the early childhood, it became obvious that Zara has a great voice. At the age of 10, she became the winner of the Talang show. The show is the adaptation of the American Got Talent show. The show served as a great start for her future career. When commenting on her last performance, the judges underlined that this was the brightest performance that has ever been carried out during the lifetime of the show. There was no doubt that the girl had a bright future ahead.

In 2012 Zara signed a contract with Ten Music Group. In 2013 she presented her first EP entitled “Introducing” featuring the single “Uncover” that very fast became a hit song. More than 50 million people watched the clip on YouTube and the song was proclaimed to be the hit №1 in the music charts of Norway. In Denmark, the song was the 3rd in the list of most popular songs. In Sweden, the single was three times awarded the Platinum Certificate. Her next EP “Allow Me to Reintroduce Myself” that was presented to the public in 2014 was also certified Platinum in her home country. 3 singles from the album were included in the list of the Swedish Top Ten. Zara’s style can be described as “electro-pop”. She is somewhere in between Lorde, Rihanna and Robyn in terms of her style.

In 2016 she worked together with Tinie Tempah on the single “Girls Like”. Besides, there was presented a promotional single “I Would Like” for her new album. She was also included in the list of “30 Most Influential Teens of 2016 by the Time Magazine.

The singles presented in 2017 marked her rise to international fame. First, there was the single “So Good”. Zara worked together with the American rapper Ty Dolla Sign to release it. By the way, her international album presented to the public in March 2017 has the same title. Overall, there are 6 singles that were included in the list of Top 15 in the UK. “Lush Life” single was included in the Top Ten of the music charts across all Europe. “Never Forget You” first became popular in Great Britain and, then, was certified Gold in the US. While recording songs for this new album, Zara worked in collaboration with WizKid (“Sundown”) and Clean Bandit (“Symphony”). The “Symphony” single also gained popularity in the UK.