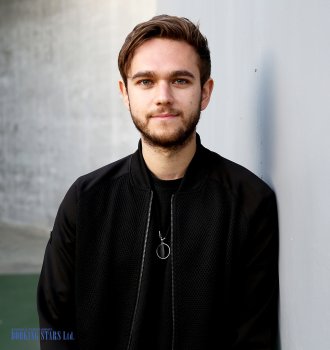 Double-winner of Beatport remix contest and owner of his proper music label OWSLA, Anton Zaslavski, known by his stage name Zedd is one of the most talented musicians and a music prodigy from the very beginning. His keen interest in music appeared in his infanthood, when he studied the Classical repertoire and played the piano. When he was twelve, Zaslavski began playing the drums and performing in collaboration with the metal trio called Dioramic.

At the same time, Zedd also produced and composed several tracks in his proper studio.

Afiring with enthusiasm for electronic duo Justice from France, he started launch electronic music and expand this genre. Zedd won recognition of global audience for his work. Zed has collaborated with such music business sharks like Lady Gaga, Black Eyed Peas, Skrillex and many others, earning worldwide critical acclaim.

Zedd`s tracks «Shave it» and «Slam The Door» peaked at Beatport`s charts. His reworking of Lady Gaga`s single «Marry the Night» was included in the singer`s deluxe version of her «Born This Way» release.

Zedd`s unique and undoubtedly extremely recognizable style of releases made him a celebrity and allowed to launch lots of compositions and reworkings of other singers` tracks. He has no chances: his original style and momentum appeals to the listeners from all over the world and his career is already off to a great continuation!