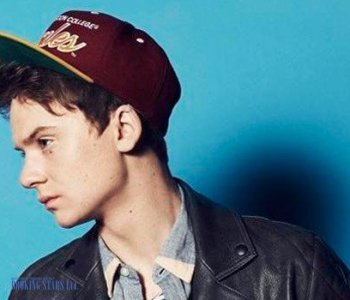 Conor Maynard - British pop sensation Conor Maynard rose to prominence through cover versions posted on YouTube, while catching the ear of Ne-Yo and the British public.

British pop singer, songwriter, and actor Conor Maynard turned a successful career releasing cover songs on YouTube into mainstream success, first earning the mentorship of Ne-Yo, then becoming a U.K. sensation thanks to the hit single, "Can't Say No," from his chart-topping 2012 debut album Contrast. In the coming years, Maynard continued to make occasional chart appearances and released a 2016 album of covers while branching out as a collaborator in the EDM world.

Born in Brighton in 1992, Maynard pursued singing and acting at a young age. In 2006, he appeared on the British television series Dream Team and launched his YouTube channel. His first video -- a cover of Lee Carr's "Breathe" -- earned some early attention, and over the next several years, Maynard continued posting covers by artists such as Chris Brown, Taio Cruz, and Rihanna, amassing a considerable following of users subscribing to his channel. Maynard's cover of American R&B artist Ne-Yo's "Beautiful Monster" caught the attention of the singer/songwriter himself, prompting Ne-Yo to make contact with the rising star.

At the end of 2011, MTV U.K. hosted their Brand New for 2012 competition, which enabled fans to vote for their favorite up-and-coming artists. Joined by Lana Del Rey, Delilah, and Lianne La Havas, among others, Maynard went on to win, picking up 45-percent of the votes. A month later he announced that he'd signed a deal with EMI subsidiary Parlophone, and in April 2012, he released his first single, "Can’t Say No," which reached number two on the U.K. singles chart. Released three months later, Maynard's debut album, Contrast, saw him working with a whole host of producers and guest vocalists, including Pharrell Williams, the Invisible Men, Ne-Yo, and Rita Ora. Overall, the chart-topping Contrast produced four Top Ten singles for Maynard, and was followed in 2013 by the Labrinth-produced "R U Crazy." A handful of additional singles appeared in 2015 and 2016 including "Talking About" and the Kris Kross Amsterdam and Ty Dolla $ign collaboration "Are You Sure?," though none of them managed to reach the Top 40.

Still a popular YouTuber, Maynard decided to record a full album of cover versions. Released in August 2016, Covers included his versions of songs by artists like Drake, ZAYN, and Shawn Mendes, as well as one new Maynard original, titled "This Is My Version." Over the next few years, he largely devoted himself to vocal work, being featured on tracks by EDM acts like Cash Cash ("All My Love") and Hardwell ("How You Love Me"). He was also featured on the 2018 Kris Kross Amsterdam and the Boy Next Door single "Whenever," which was a hit across Europe. Maynard returned in 2019 with his own single, "Hate How Much I Love You."