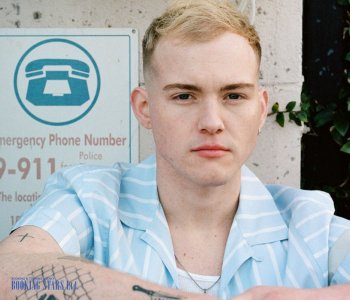 Trevor Daniel conquered the world of show business thanks to just one track, which instantly became popular.

The singer tells little about his childhood and family. HE admits that music became the meaning of life for him as a child. He never thought about starting making money with her or developing some kind of commercial music project. The guy just did what he liked, created and lived it. There is no publicly available data on whether he has a musical education.

At the age of 1314, he became interested in rap and hip-hop music. Trevor began to wear appropriate things, communicate with rappers, try to create something of his own. The guy began to spend almost all his free time in recording studios. At this moment in his life, he firmly decided that he intends to become a musician, which he hastened to inform his family about. They reacted to his statement ambiguously, but no one directly forbade him to play music. For Trevor's parents, it was important that their son did what he loved and enjoyed it.

In 2018, Trevor managed to record his first music album, which was called "Homesick". It turned out to be very simple, sincere and truthful, because in his songs the guy talked about what really excites and interests him.

There is an opinion that it is possible to get into the charts, charts and music programs only with the support of a music label or a well-known producer. Trevor Daniel proved by his own example that this is just a stereotype

He released the song "Falling", which from the very first days began to break all kinds of records for online listening. A video was shot for the song, which collected more than 60 million views on the YouTube site. This track was a constant member of the charts, for a long time did not fall below the fifth position. It was most often searched and downloaded by Internet users and subscribers of music paid resources.

This song is loved not only by the people of America, but also by people from other countries, including Russians. It was this success that led to the fact that representatives of the music label Internet Money Records contacted Trevor and offered the performer a very lucrative contract. The young man accepted the invitation to cooperation.

This young artist's musical repertoire is not yet very diverse, but Trevor is working to expand it. He releases both studio and acoustic recordings of his compositions.

As soon as his first songs were published, music critics and hip-hop fans immediately realized that the work of this guy would be worthy of competition even to those artists who have been fruitfully working in this genre for many years.

Trevor himself is very attracted by the creativity of the rapper Skizzy Mars, with whom the young musician has already managed to collaborate and write a joint composition.

At the moment in his life, Trevor puts a musical career at the forefront, he does not have enough time for his personal life. He previously had a girlfriend whom he broke up with in 2018 for unknown reasons. Rumor has it that they were both creative people and could not stand the long separation.

Thus, Trevor Daniel clearly demonstrated that in order to gain recognition from the public, it is not at all necessary to have a lot of money and work “under the wing” of a renowned producer.